The UK has been given another month to respond to the EU's legal action on Brexit's Northern Ireland Protocol. 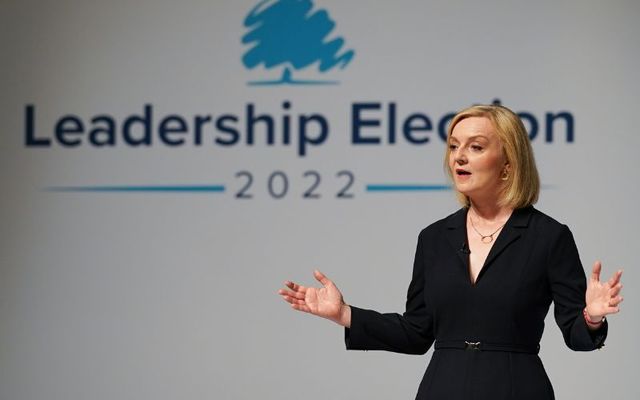 Britain has been given extra time to respond to legal action launched by the European Union over plans to scrap parts of the Northern Ireland Protocol.

The further delay – from an August 15 deadline to a new deadline of September 15 – was granted at the request of the British government, BBC Northern Ireland reports.

That means Boris Johnson will be gone as British premier by the time his government makes its response to the EU legal action. He exits on September 5 after being ousted as his own Tory Party’s leader in early July.

His replacement, either Liz Truss or Rishi Sunak, will have 10 days to prepare an answer if the new September 15 deadline holds.

Truss, the hot favorite to become party leader and prime minister in the vote of 160,000 Tory members, was once a British EU remainer. But she is now a firm Brexiteer and as foreign secretary backed Johnson’s plan to override the Protocol built into the EU-UK deal to protect trade arrangements between Britain and Ireland and ensure a soft border between the two parts of Ireland would continue.

Neither Truss nor Sunak has made any serious leadership campaign mention of the Protocol or Britain’s plan to breach it in contravention of international law.

In June, the EU began infringement proceedings against the UK, saying the contentious bill to breach the Protocol was “illegal.”

The Protocol brought in some new checks on goods moving between Great Britain and Northern Ireland and has been criticized by unionist politicians, most notably the Democratic Unionist Party, because it has effectively placed a border in the Irish Sea.

However, the majority of politicians elected to the Northern Ireland Assembly in May support the arrangements.

The European Commission said it would restart legal action, paused in March 2021, over the UK’s decision to delay checks on certain goods arriving in Northern Ireland from Great Britain.  It subsequently launched four additional legal actions over the Protocol.

They relate to an alleged failure to provide the EU with data about exports from Northern Ireland to Great Britain and implement agreed EU customs, VAT, and alcohol excise rules.

On Monday, a spokesperson for the commission confirmed the deadline for the British government to respond had been extended by one month.  The commission said it followed a request by the U.K. The initial deadline was 15 August.

The EU has said while it remains open to further negotiations with the U.K., it will not accept unilateral changes.

The UK’s plans are laid out in the Northern Ireland Protocol Bill, which passed its final stages in the House of Commons last month but faces a potentially rough ride in the Lords in the autumn.