Taoiseach Micheál Martin has said the restoration of Stormont is “vital” while negotiations continue to resolve the impasse over Brexit's Northern Ireland Protocol. 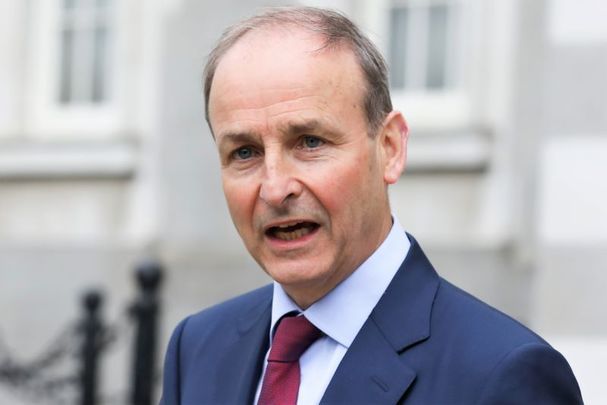 Ireland's Taoiseach Micheál Martin, pictured here in May 2021, was in Belfast on October 17 to meet with the leaders of Northern Ireland's five main political parties. RollingNews.ie

It was the second major drive within a week by leading political figures to resolve the main issue that’s keeping the Democratic Unionist Party (DUP) out of government in Northern Ireland.

The Martin visit followed similar meetings in Belfast last week when counselor with the US State Department, Derek Chollet, warned the British government not to take unilateral action on the Northern Ireland Protocol, part of a post-Brexit agreement to ensure a soft trade border in Ireland.

The difference between the two visits was that Chollet’s meetings last week were held against a background of softened tone by the British government on the controversial Protocol, despite the UK being buffeted by financial turmoil and a cost of living crisis.

Martin’s visit took place as British politics descended into deeper chaos this week with Prime Minister Liz Truss fighting desperately to hang on to power after sacking her chancellor and replacing him with another who has ripped her economic strategy to shreds.

Northern Ireland is very much on the back burner at present in British politics, despite the approach of the October 28 deadline when a vital decision must be made. If Stormont and its power-sharing institutions, on hold since last May’s election, are not resumed, the British government must decide if there will be another election in the North.

It has said there will be an election if power sharing is not resumed, but politics is such a circus in Britain now that nobody knows if Truss will still be prime minister on October 28.

“Talks have commenced, they should be allowed to continue and get a resolution around issues with the Protocol. In the interim, I think it is vital that the Assembly is restored.”

DUP leader Sir Jeffrey Donaldson told reporters the Irish government now agreed with him that there is “no quick fix” to the problems created by the Protocol and that a “comprehensive deal” was required.

He was emphatic, however, that his party, the main objectors to power sharing in current circumstances, is not looking for a “tinkering” of the Protocol arrangement but “fundamental change.”

When Britain is ready to deal with the problem is now anyone’s guess.