Why does Northern Ireland now have the highest rate of Covid in the UK?

Northern Ireland currently has the highest rate of COVID infection, as well as the lowest rate of first dose vaccination, in the UK. 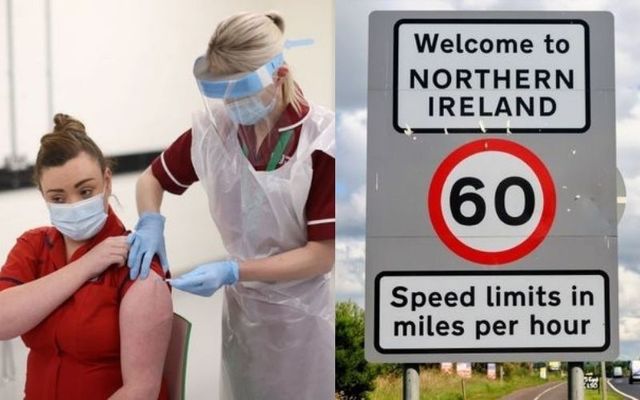 Recent data has given an explanation as to why Northern Ireland has the highest rate of Covid cases in the UK.

According to Northern Ireland's Department of Health (DoH) dashboard on Monday, August 9, a further 1,031 Covid cases were confirmed in Northern Ireland— bringing the number of cases diagnosed over the past seven days to 8,974.

These new figures mean that Northern Ireland has the highest infection rate in the UK and at more than three times that of Wales and Scotland:

Taking a closer look at why this could be the case, data analyzed by the BBC suggest that younger adults may be driving the higher rate of infection.

Data from the DoH shows that over the past week, 68.7% of all positive tests for Covid-19 were among people younger than 40.

This doesn't come as a major surprise as younger adults make up a large part of the workforce who are more inclined to be on the move and mixing with other people, especially in the summer months.

Looking further into this data and at vaccination rates reveals a bit more as to why Northern Ireland's Covid rate has escalated.

Though the vast majority (84.2%) of adults in Northern Ireland have had at least one dose of vaccine, the region is still the lowest rate of first dose vaccination in the UK.

Furthermore, younger adults have the lowest uptake rate for vaccinations of any age group, with around 64% of people aged 18-29 receiving a vaccine shot and between 72% in the 30-39 age bracket.

By comparison, all age groups above 50 are at least 90% vaccinated, and vaccination rates are particularly high in those over 60 (around 99.8%).

Younger people are also now making up a greater proportion of inpatients with Covid.

Northern Ireland’s chief nursing officer Charlotte McArdle has stated that around 60% of those being admitted to hospital in Belfast had not been vaccinated.

A stark comparison is that on January 25, there were 29 people in hospital with Covid between the ages of 20 and 39 - with just 3% being treated as inpatients.

On a positive note, vaccinations are opening to 16 and 17-year-olds, which may have an effect on the figures- but it'll take a few weeks before the results will be seen.

Plus the rate of Covid admissions to hospital has been falling slowly since the end of July, which will hopefully lead to a further drop in the number of people in hospital with the disease.