The PSNI said today that there is a "strong line of inquiry" into the New IRA after a viable explosive device was found at an officer's car in Dungiven, Derry. 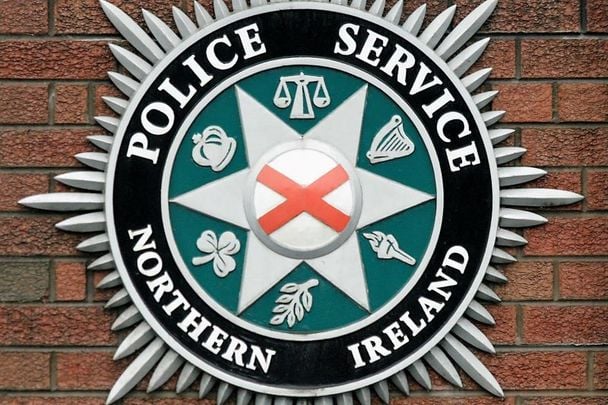 The PSNI said today that "a strong line of inquiry is that this attack is the work of the New IRA." RollingNews.ie

The PSNI are investigating a “strong line of inquiry” that the New IRA is responsible for the viable explosive device that was found near a female police officer’s car at her home in Dungiven, Co Derry in Northern Ireland.

PSNI Chief Constable Simon Byrne "strongly condemned" the attack on the female police officer, who has a young child, on Tuesday:

I strongly condemn this outrageous attack on our Officer and her family.

Every day @PoliceServiceNI officers and staff bravely step up to serve the community and this attempt to harm is a stark reminder of the challenges still facing us all. https://t.co/WwOnviwy4v

Speaking later in the day on Tuesday to reporters, ACC McEwan said: “Yesterday morning [April 19], our colleague discovered a suspicious object beside her car in close proximity to her house on Ballyquin Road, Dungiven.

“We assessed this was a viable device with explosives attached to a container with flammable liquid. This was designed to cause a fireball which would have engulfed the victim’s car and anyone in it, or anyone close by, anyone calling to the house, or anyone in the proximity.

“What is really distressing here is the terrorist placed the bomb at the rear of the car directly at the point where the victim’s three-year-old daughter sits. This demonstrates the complete and utter disregard for the life of a mother and her toddler; this simply beggars belief.

“Whilst the investigation is at an early stage, and detectives are keeping an open mind, a strong line of inquiry is that this attack is the work of the New IRA.

“On several occasions before, we have seen this group’s utter disregard for those working for local people in our community," ACC McEwan said citing the 2019 bomb attack outside the Derry courthouse as well as the 2019 murder of journalist Lyra McKee in Creggan.

“It is clear they are still intent in recklessly targeting honest, hard-working members of our community and they have no concern at all for those they kill or harm in the process."

ACC McEwan implored anyone with any information of the attack to come forward to the PSNI.

Politicians in both Northern Ireland and the Republic of Ireland condemned the incident.

Arlene Foster, the First Minister of Northern Ireland and the head of the DUP, said in a video: "There was never any justification for violence of this type, or attempted murder of this type, and there never will be."

I have spoken to the police officer who was targeted by terrorists last night in County Londonderry. I wanted to convey our support and utter condemnation of those who sought to harm her & her family. Reckless and futile.

We salute her bravery and long service to our community.

Michelle O’Neill, the Deputy First Minister of Northern Ireland and the Vice President of Sinn Féin, slammed the incident as "reprehensible" and "regressive."

The attempted murder of a police officer near Dungiven is reprehensible.

Those involved in this attack will not succeed in their regressive and toxic agenda.

All politicians must unite against these reckless actions.

We must keep building the peace for our children.

Naomi Long MLA, the Justice Minister for Northern Ireland, said in a statement: "The people behind this have nothing to offer anyone living here. Their actions go against the democratic principles that the vast majority of people in this society support."

Minister Long has condemned those responsible for planting an explosive device at the car of a young mother and part-time police officer in Dungiven.

Brandon Lewis, the Secretary of State for Northern Ireland, said the attempted murder is "absolutely abhorrent."

The attempted murder of this police officer is absolutely abhorrent. I completely condemn the actions of those involved. Those who try to attack public servants have nothing to offer the communities they claim to represent.
I want to convey my support for the officer concerned. https://t.co/hhP48hTIl4

Taoiseach Micheál Martin, calling the attack "cowardly," urged politicians across the island of Ireland to come together "to avoid a return to the dark days of fear and terror."

Deeply reprehensible and cowardly attack on the home of a police officer in Northern Ireland last night.

Politicians across this island must work together to avoid a return to the dark days of fear and terror.

Simon Coveney, Ireland's Minister for Foreign Affairs, condemned the attack and urged anyone with information to go to the PSNI:

I completely condemn this despicable attack on a police officer near Dungiven. Our thoughts. solidarity & support go to her, her family & her PSNI colleagues.
Anyone with information should assist with PSNI investigation. https://t.co/XuJL1yIOpt