Kennedy, 42, is set to become the first person to hold the post since Mick Mulvaney left the position in January 2021 following the Capitol Riots in Washington. 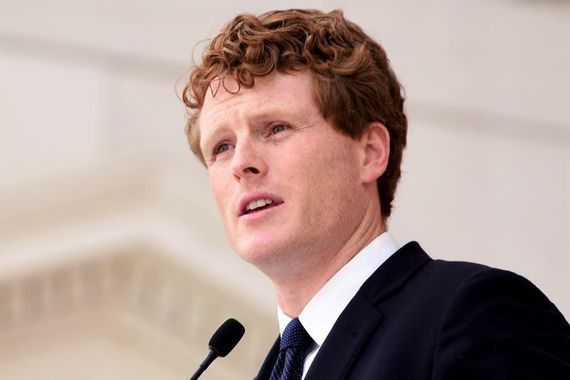 President Joe Biden is set to announce former Congressman Joe Kennedy III as the next US special envoy to Northern Ireland, according to widespread reports.

IrishCentral exclusively reported two weeks ago that Kennedy was the clear favorite to be appointed to the role.

Kennedy, 42, is set to become the first person to hold the post since Mick Mulvaney left the position in January 2021 following the Capitol Riots in Washington.

Biden is set to make an official announcement in the coming days and may make it as early as Monday, according to the BBC.

Kennedy's role is expected to focus on Northern Ireland's economic development and creating closer ties with the US, rather than on the ongoing debates surrounding Brexit and the Northern Ireland Protocol.

Kennedy will be appointed before the introduction of new rules in January that will require all US special envoys to be approved in the Senate.

In the past, special envoys have played a prominent role in Northern Irish affairs, with former Senator and special envoy George Mitchell becoming a key architect of the Good Friday Agreement following his appointment to the role.

For Kennedy, the move represents a return to politics following an ill-fated decision to challenge Massachusetts Senator Ed Markey in 2020, resulting in a comprehensive defeat.

He had previously served as a Democratic Congressman for Massachusetts' 4th District between 2013 and 2021 and was seen as a rising star in the Democratic party, giving the State of the Union rebuttal speech in 2018.

Kennedy has worked as a commentator for CNN since his defeat to Market in 2020 but never ruled out a return to politics.

Joe Kennedy III is the son of former Congressman Joseph Kennedy II, who was outspoken on Northern Irish affairs and once told British troops to "go home" when he was stopped and searched in Derry.

Kennedy III's grandfather was Robert F. Kennedy, who was assassinated in June 1968 while running for president.

He is not the only Kennedy to be appointed to an ambassadorship during Biden's presidency.

Kennedy III's appointment comes at a time of political turmoil in Northern Ireland, with the DUP still refusing to re-enter power-sharing due to concerns over the Northern Ireland Protocol, which was introduced during the Brexit Withdrawal Agreements to prevent a hard border on the island of Ireland.

Unionists argue that the Protocol, which requires customs checks on some goods at Northern Irish ports, threatens Northern Ireland's position within the UK.