Ciarán and Orlaith Staunton, the founders of END SEPSIS, have welcomed the inclusion of sepsis funding in the FY23 Omnibus Spending Bill, recently signed by President Biden. 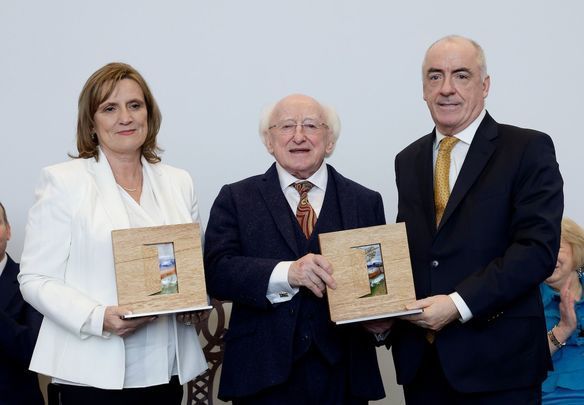 Ciarán and Orlaith Staunton's sepsis advocacy non-profit has successfully fought for sepsis funding to be included in the federal budget.

END SEPSIS, the Legacy of Rory Staunton, was founded by the Irish couple in 2013 after their 12-year-old son Rory died due to undiagnosed and untreated sepsis.

Over the past 10 years, the organization has tirelessly campaigned for sepsis funding and directives to be included in the federal budget.

The organization, which describes itself as a movement of families and individuals across the US and the globe, is demanding better infection education and hospital safety measures so that there are "no more needless deaths from sepsis".

The group has welcomed the signing of the FY23 Omnibus Spending Bill, which was signed into law by President Biden on December 29 and includes two major provisions related to sepsis.

The bill includes the allocation of significant funding to the Agency for Healthcare Research and Quality (AHRQ) to "conduct a comprehensive set of studies that calculate the morbidity, readmission, and mortality related to sepsis".

In particular, the provision applies to pediatrics, maternal sepsis, nursing home care, and rehabilitation and will examine the annual cost of sepsis in the United States.

A second provision included in the bill requires the Centers for Medicaid and Medicare Services (CMS) to develop and identify existing quality measures for adult and pediatric sepsis in collaboration with the CDC.

END Sepsis described the new legislation as "the first momentous step towards effective national sepsis measures for both adult and pediatric patients".

The organization thanked Senator Chuck Schumer for fighting for the legislation in the Senate and additionally thanked Michael Dowling, the Irish CEO of Northwell Health who has introduced a pioneering approach to reduce sepsis deaths.

However, the group acknowledged that its work was far from finished despite the momentous achievement.

"While we celebrate this milestone, our work is far from over. We will continue our advocacy until the United States has an effective national approach to sepsis and every hospital in the country has a protocol in place to identify and treat it," Ciarán and Orlaith Staunton said in a statement.