Fr. Seán Sheehy told a congregation in Listowel, County Kerry, that sin in Ireland is "rampant", attacking the "lunatic approach of transgenderism". 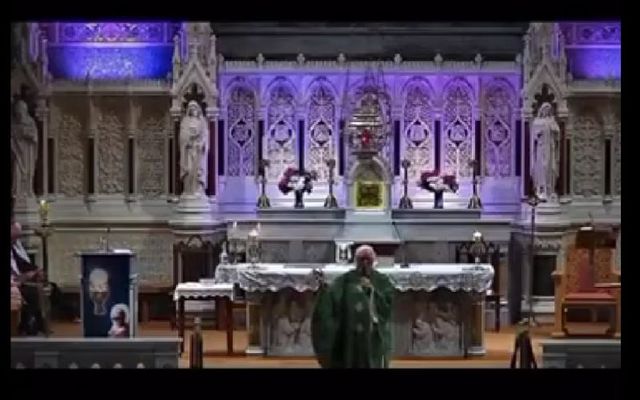 An Irish priest has been taken off the roster in County Kerry after he delivered a sermon attacking homosexuality, transgenderism, abortion, and contraception last Sunday.

Fr. Seán Sheehy told a congregation at St. Mary's Church in Listowel, County Kerry, that sin in Ireland is "rampant", attacking the "lunatic approach of transgenderism".

"We see it, for example, in the legislation of our Governments, we see it in the promotion of abortion, we see it in the example of this lunatic approach of transgenderism," Sheehy said during a homily in Listowel.

"We see it, for example, in the promotion of sex between two men and two women: that is sinful, that is mortal sin, and people don't seem to realize it."

Fr. Sheehy, a retired priest who was deputizing for the absent parish priest Canon Declan O’Connor, has now been removed from the roster in Listowel by Bishop of Kerry Dr. Ray Browne after his sermon went viral on social media.

“It’s completely contrary to the Jesus of the Gospels."

Menzies added that the bibles has "nothing to say" about issues such as transgenderism and said Fr. Sheehy's sermon was "offensive" for those in attendance, especially because it was an anniversary mass.

Up to 30 of the 200 people who attended Sunday's mass walked out during Fr. Sheehy's sermon.

A spokesperson for Tánaiste Leo Varadkar said he "profoundly disagrees" with Fr. Sheehy's comments after the priest said gay politicians were "absolutely" going to hell if they did not repent and seek forgiveness.

The spokesperson said Varadkar "does not believe that gay people will go to hell for being who they are, nor does he believe that any man or woman can make such a judgment".

"As Pope Francis said, ‘who are we to judge’. As the Bible says, judge not lest you be judged. We are all God’s children," Varadkar's spokesperson said.

Minister for Foreign Affairs Simon Coveney described Fr. Sheehy's comments as "disgraceful", adding that they are a "reflection on the person that made those comments more than anything else".

Coveney called on Fr. Sheehy to apologize for the remarks.

Fr. Sheehy, however, did not apologize and defended his comments in an interview with local station Radio Kerry.

The priest said sin is "embedded in modern culture and enshrined in legislation" during the interview and said all he was doing was preaching the word of God.

"People think because there’s no law against it, it’s OK. But that’s not true," Fr. Sheehy told Radio Kerry.

"It’s not fundamentalism, it’s the word of God."

This video from St Mary’s Church in Listowel is absolutely shocking…. pic.twitter.com/VYHu3Ktc3d