Irish priest who dressed in drag removed from priesthood by Bishop

Richard Geoghegan, who served in Carrick-on-Suir and South Tipperary, announced on Twitter that he had been "officially dismissed by Rome" on January 7 after he was issued with a laicization order. 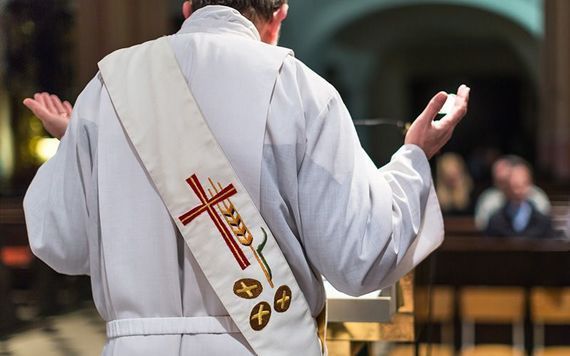 A former Irish priest who sparked anger amongst conservative Catholics in 2017 by dressing in drag has claimed that his bishop removed him from the priesthood.

Richard Geoghegan, who served in Carrick-on-Suir and South Tipperary, announced on Twitter that he had been "officially dismissed by Rome" on January 7 after he was issued with a laicization order.

Geoghegan came under fire from conservative Catholics in 2017 when he appeared on Irish hotelier Francis Brennan's Grand Tour of Vietnam dressed in drag as Welsh singer Shirley Bassey.

Geoghegan, who entered the priesthood at the age of 19 in 1987, added that his bishop was "happy to dispense" him.

"I’m a good man. And he talks about the shortage of vocations," Geoghegan tweeted.

Phonsie Cullinan, the Bishop of Waterford and Lismore, whose diocese stretches into both Tipperary and Cork, rejected Geoghegan's claims.

He said that Geoghegan petitioned Pope Francis for a laicization order and that it was granted on December 15.

"I wish to acknowledge and thank Richard for his pastoral ministry over the years and wish him well for the future," Bishop Cullinan said in a statement.

However, the Association of Catholic Priests (ACP) said that Geoghegan was coerced into signing his laicization papers.

The ACP alleges that Bishop Cullinan withdrew Geoghegan's documentation without informing him, leaving him unable to say mass.

"During 2021, Bishop Cullinan withdrew Richard's 'celebret' – a card that acknowledges a priest is in good standing with his bishop – which meant that Richard could no longer say Mass publicly or officiate as a priest," the ACP told the Irish Examiner.

The Association also contends that the Bishop ordered Geoghegan to move out of the diocese house.

The ACP added that Geoghegan signed the laicization papers because he felt "unsupported" and "not wanted" by Bishop Cullinan.

They described the treatment of Geoghegan as "inappropriate, unreasonable and unacceptable".

Members of the ACP accompanied Geoghegan to a meeting with Bishop Cullinan last year after an unnamed priest raised "concerns that he was being "pushed out of the priesthood".

The group said in a statement that Bishop Cullinan "outlined all the reasons why he felt Richard should leave" during the meeting.

"During the meeting, Richard expressed his wish to remain a priest of the diocese. Bishop Cullinan responded that he knew that Richard did not want that. The Bishop added that he felt it best for Richard if he left the priesthood. In response, Richard said that he never felt supported by the bishop since he came into the diocese."

Parishioners in Carrick-on-Suir expressed their shock and dismay at Geoghegan's departure from the priesthood.

Fiona Hearn described him as a "real people's person" and said parishioners would "love to have him back".

"Some older priests could be aloof. You couldn’t meet a nicer, more down-to-earth man. I think he has been pretty hard done by the Pope and the bishop," Hearn told the Irish Times.

Morris Whelan, a local butcher in Carrick-on-Suir, described Geoghegan as a "fantastic priest".

"He knew everyone by name. You’d meet him once and he knew your name forever. He was involved in the parish in every part of it," he told the Irish Times.

Local Sinn Féin councilor David Dunne fondly remembered Geoghegan's kindness during his mother's illness and described his departure as a major loss for the parish.

"Everyone recognized him for the program he did with Francis Brennan…It was fairly flamboyant and wasn’t in keeping with the Church, but it was typical of Fr Richard. He was always friendly, outgoing, and is well-regarded," Dunne said.

Other parishioners stated that Geoghegan attracted a younger congregation to the church, while others said that the church was always full when he was saying mass.