Irish priest says Catholic kids should dress as saints, not devils, for Halloween

Irish priest Father Richard O'Connor wants to see Halloween "get back its true meaning" and warns that some costumes are a "betrayal of the Christian faith." 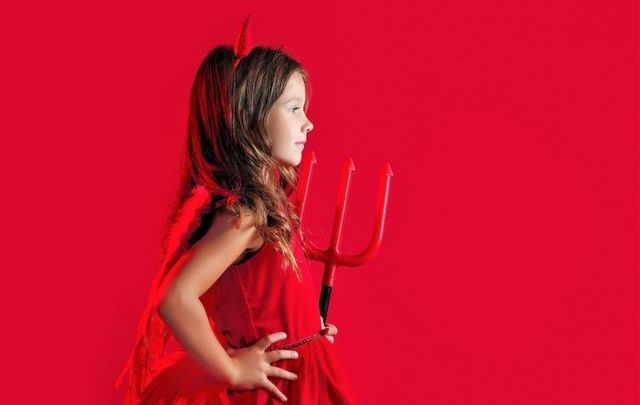 Kids dressed up as demons and devils and witches is a "complete betrayal of the Christian faith" Irish priest Father Richard O'Connor says. Getty Images

Irish priest Father Richard O’Connor is encouraging Catholic schools to lead the way in getting back to the "true meaning" of Halloween.

Fr. O’Connor, who is a priest of the Diocese of Kerry and teaches in the Pontifical Angelicum University in Rome, made his comments in The Irish Catholic newspaper this week, just days before Halloween.

He told the publication: “We’re supposed to be celebrating the Feast of All Saints’ [November 1] and we have the kids dressed up as demons and devils and witches and things like that – the very opposite. It shows a complete betrayal of the Christian faith, on this particular point.”

O’Connor said children should dress as saints, insisting “it would give real meaning.”

He continued: “Certainly, have Halloween parties, but have them centred on the saints. I would expect Catholic schools to give the lead in that respect.

“There’s great room for imagination, you take at Christmas, the school will have a little play centred on the nativity, and the kids love dressing up as shepherds, the three kings, and all the rest of it. The same way you could have a party centered on the saints.”

He added: “I would say certainly make a big thing of Halloween and have a great party but be celebrating the saints instead of the demons.”

That same day, O’Connor’s letter to the editor of the Irish Catholic was published, which reads: "The word ‘Halloween’ means the eve of the feast of All Saints.

"Yet on shop windows and even on school windows, we see images of ghosts, skeletons, witches, demons etc., at this time of year, indeed of all sorts of ugly things that remind one of the occult and of Satan.

“But many Catholic parents and the boards of Catholic schools seem to have no problem with this. Instead, they see it, naively, as good fun even though such things are what might be called ‘avenues’ leading towards the occult; and this at a time when Satan-worship, black masses, and seances are on the increase all over the world.

“If Halloween is to get back its true meaning, why not make this a time when parents encourage young people to dress up as their favourite saints, and schools, then, give prizes for the best efforts.

“Furthermore, instead of ‘trick-or-treating’, the young could also go around to their neighbours offering to pray to those saints for their intentions. It would certainly gain help from the saints and it might even gain a few chocolates also for the young from grateful neighbours! Thus, we might see a return again of something of the Christian to this season.”

Another Catholic expert, however, previously said that decorations featuring ghosts and skeletons could serve as a reminder of death.

Dr. Marcel Brown, of the Alcuin Institute for Catholic Culture in Tulsa, Oklahoma, told the Vatican News in 2019: “When we think of Halloween, I think we often think of ghosts and goblins, and ghoulish faces.

“But even these, in the Catholic tradition, are supposed to be reminders of death and of the last things."

He continued, “So just as we commemorate the feast of All Saints on November 1st, beginning with All Hallows’ Eve on Halloween, we also think about and turn our minds really, to the last things: death, judgment, heaven, and hell.

"And really our focus should be, since we all must die and are destined to judgment, how then we to live?”