Scientists have discovered new antimicrobials found on human skin and sheep feces could be used as biological tools to control harmful bacteria. 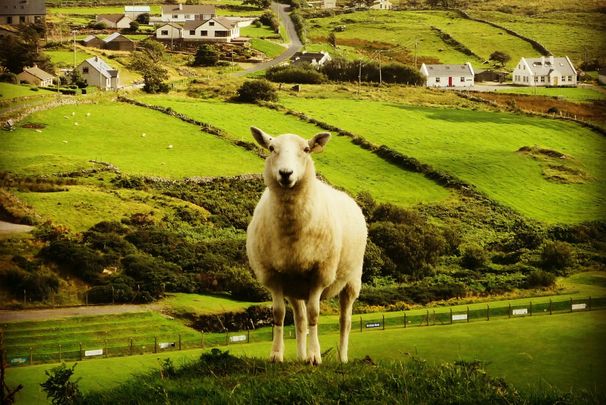 "Actifensin is another new bacteriocin found in a strain of Actinomyces ruminicola isolated from sheep faeces." Getty Images

Scientists have discovered new antimicrobials found on human skin and sheep feces could be used as biological tools to control harmful bacteria.

The scientists at the APC Microbiome Ireland SFI Research Centre have added to their arsenal of new antimicrobials with discoveries of Nisin J, a new antimicrobial produced from staphylococcal bacteria found on human skin and actifensins produced by Actinomycetes isolated from sheep feces.

The researchers, based at University College Cork and Teagasc, have published two papers in the well-known microbiology journal,  Journal of Bacteriology, where the actifensin paper is highlighted by the editor as an article of significant interest this month.

The latest antimicrobials fall into a class of small antimicrobial proteins called bacteriocins which represent versatile alternatives to some commonly used antibiotics.

Nisin J, which was isolated from Staphylococcus capitis, a strain of bacteria between the human toes, is a type of nisin, commonly used in the food industry as a  preservative.  Nisin has been used since 1952 and was granted generally regarded as safe (GRAS) status, in 1988, by the US Food and Drug Administration FDA. It is also approved by the World Health Organisation as a food additive and has the E-number E234.

Nisin J has antimicrobial activity against a range of harmful gram-positive bacteria including the superbug MRSA and Cutibacterium acnes which causes acne.  As such NisinJ and other bacteriocins could contribute to the reduction of antibiotic usage for skin infections

“Nisin J is the first nisin to be isolated from a Staphyloccus species and the first produced from a bacterium found on human skin.  It has eight amino acid changes compared to nisin A and is the longest nisin variant found to date; six of these substitutions are unique to Nisin J“ said Julie O’Sullivan, a postgraduate student who made the discovery.

“Actifensin has a broad range of antimicrobial activity against pathogens such as MRSA and vancomycin-resistant Enterococcus (VRE)” said Ivan Sugrue, a postgraduate student who made the discovery.

“Peptides similar to this are known to be produced by higher organisms such as fungi, ticks, and even oysters but it was not known that bacteria had such a potent defence mechanism.”

Antimicrobial resistance poses one of the biggest threats to global health today. Globally,  according to the United Nations, drug-resistant infections – caused by superbugs - result in about 700,000 deaths per year.  Without effective antibiotics for the prevention and treatment of infections, many of the achievements of modern medicine such as organ transplantations, chemotherapy, and surgeries such as caesarean sections become much more dangerous.

“The discovery of these latest antimicrobials forms part of the APC’s overall strategy to develop precision biological tools to control harmful bacteria and as such provide efficacious alternatives to antibiotics,” said Professor Paul Ross, who leads the research with Professor Colin Hill at the APC Microbiome Ireland SFI Research Centre in University College Cork and Teagasc.

“As such, we plan to further develop these compounds which have important implications for human and animal health as part of the APC programme “Microbes to Molecules”.”

Read more: Ancient cure for antibiotic-resistant bugs is found in the Irish soil