New York’s Irish community is mourning the sudden death of 17-year-old Sarah Lynch, a cherished daughter, sister, Irish musician, and athlete who was killed in a car accident. 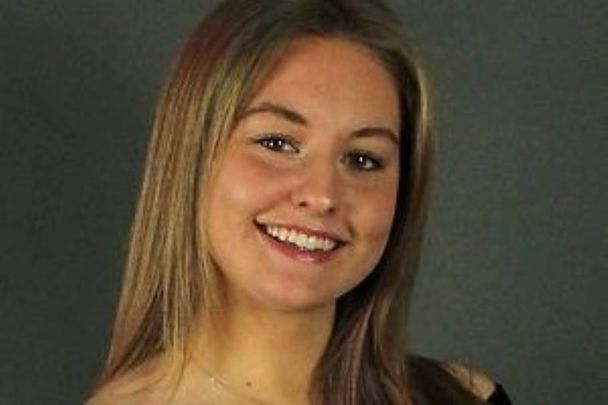 Sarah Ellen Lynch lived for 17 years and “loved every minute of her life,” her aunt Finola Lynch told the Irish Voice on Tuesday, one day after the popular teenager was laid to rest with a Mass at St. Barnabas in the Bronx, and burial at Gate of Heaven Cemetery.

Sarah’s sudden death on Monday, February 15 from a car accident sent shockwaves through New York’s Irish community that Sarah was a vibrant member of as an Irish musician and GAA player.  She had boundless love for Ireland and particularly Couty Kerry, the birthplace of her parents Joanne and Shane Lynch.

Sarah died in a single-vehicle accident in Mount Pleasant on the afternoon of the 15th, not far from her home in nearby Thornwood. She crashed into a utility pole and later died at the Westchester Medical Center.

Sarah’s parents and brothers Colin, 20, and Sean, 12, are shattered by her loss but are relying on their faith to see them through, Finola says.

“They have great, great faith,” she says.  “Sarah’s death is such a loss. She was so vibrant, so loving, an old soul really who was ahead of her time.”

Ireland, Finola says, was Sarah’s second home.  She and her family would visit every year without fail until Covid-19 prevented last year’s trip.  The family maintained a home in Cahersiveen, the Kerry town where Shane Lynch emigrated from in 1994.

“She loved her grandfather who is still alive at 93.  She learned to drive a stick shift in Ireland.  She’d drive around the house all the time and spend her days doing that. She was very determined – anything that Sarah wanted to do, she did it,” Finola says. 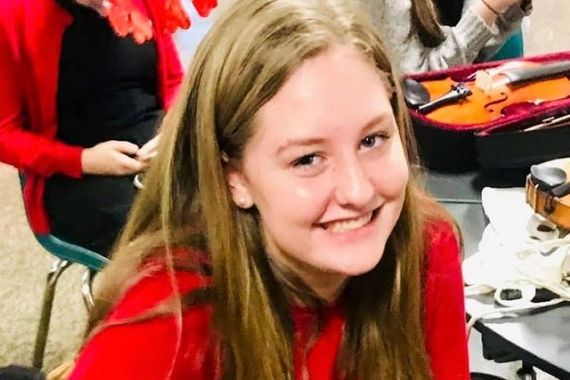 Sarah was a senior at Westlake High School in Thornwood who was accepted to all six of the colleges that she applied to.  Her aunt says she was leaning towards Quinnipiac University in Connecticut, and possibly a teaching career.

Irish music was a hugely important part of Sarah’s life. She was a fiddle player from the age of six, and Finola says that at one stage she harbored dreams of living in Ireland and opening her own music school.

“She was an extremely talented musician.  She taught young children in Yonkers for three years,” Finola adds.

Sarah, who also studied Irish dance, was a student at the Erin Loughran School of Irish Music in Pearl River and Woodlawn.  Loughran posted a message on her Facebook page in which she praised Sarah as “a talent like no other.”

“Sarah Lynch has been a tremendous and integral part of our lives and the New York ceili bands through the last 10 years. A role model and a leader in every way. Always encouraging and welcoming to every musician and dancer,” Loughran said.

“A friend to everyone. A welcoming smile for all. A talent like no other. A true Irish American Gael, with a deep passion for her culture and love of her Kerry roots. A warmth and kindheartedness that we all love and adore so much.  We are truly and utterly heartbroken.”

“Sarah was a member of the St. Brigid’s club and was well known as a very talented Irish dancer, musician, and all-round entertainer in the Scor community and beyond,” Henchy said.

“Our immediate thoughts go out to the Lynch and O'Connor families especially to Sarah's mother Joanne, the treasurer of our youth Scor committee, her father Shane, brothers Sean and Colin all members of the St. Barnabas club and to their extended family in Ireland and America. Sarah's loss will also be felt deeply by her friends and all those who knew her.”

On Monday morning, Sarah was eulogized by three of her long-time friends who remembered her as a life force who will be forever present.  After word of her death, one of her friends shared, there was a gathering of her fellow musicians in Yonkers to play songs “as she would have wanted.  In the room, there was a mutual feeling that Sarah was not gone. From that moment we knew that Sarah could never truly be gone.” 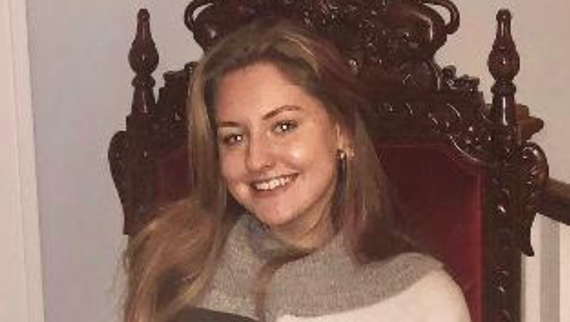 Sarah’s Sweet 16 party a couple of summers ago came as a surprise, another friend recalled.  Sarah got all dressed up thinking her friends were taking her for a fancy dinner in New York City. Instead, she was shocked when she saw all her friends gathered in a backyard for a big surprise that she never expected “probably because it was a month before her actual birthday,” the friend said.

“None of us will ever forget the look of shock and happiness on Sarah’s face. The night was as perfect as it could have been, with ‘Seven Drunken Nights’ being belted until 2 a.m...the entire night a bright smile never strayed from our Sarah’s face.”

During Sarah’s funeral Mass, Father Brendan Fitzgerald, pastor of St. Barnabas and also a native of Co. Kerry spoke about how the community has come together to support the Lynchs.

“I’ve been filled with such admiration for Sarah’s family and indeed for our community. There’s been such an outpouring of support,” he said.

Joanne and Shane Lynch, he added, have epitomized what it means to be brave in the face of adversity.

“We wonder what bravery is like.  I’ll give you an example. At the wake the other night at the house, when Joanne and Shane both took their turn to lead us in a decade of the rosary, what I saw at that moment was bravery, courage to live through this hour. And what I also saw was the depth of their faith, how deep their faith is.”

The memories of Sarah, her aunt Finola said, will be held close forever.  Daughter, sister, friend, athlete, musician, star student – she did it all, in a short period of time.

“She lived her life to the fullest. She really was a hoot,” Finola said.  “Her parents just adored her. They’ll always remember how she had her dad wrapped around her little finger. She was just so special.”