President of Ireland Michael D. Higgins has issued a statement expressing his shared "heartbreak" regarding "military confrontation with peaceful protesters" in the US. 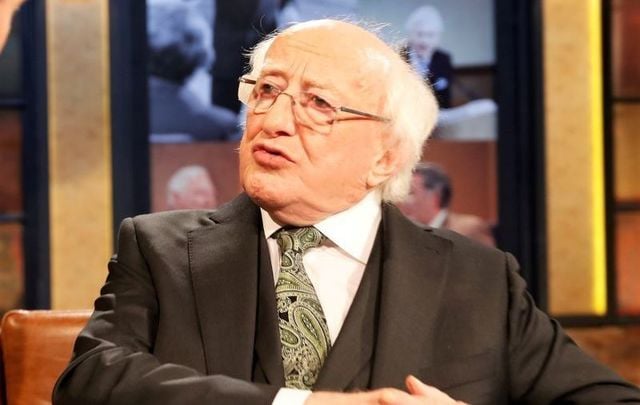 President of Ireland Michael D. Higgins, pictured here in 2019, has issued a statement about the antii-racism demonstrations. RollingNews.ie

President of Ireland Michael D. Higgins issued a statement on June 4 about the ongoing demonstrations against racism.

President of Ireland Michael D. Higgins has issued a statement regarding the anti-racism protests that have erupted across the US and, in turn, the world.

The protests began in response to the death of black man George Floyd, who died after Police Officer Derek Chauvin kneeled on Floyd’s neck for nearly nine minutes during an arrest in Minneapolis on May 25.

Chauvin was arrested and initially charged with third-degree murder, which yesterday was upgraded to second-degree murder. Three more police officers who were present for the incident were arrested on Wednesday.

In his statement issued on June 4, President Higgins reflected on his time in the US at the height of the country’s Civil Rights Movement.

President Michael D. Higgins has expressed the “greatest heartbreak” at scenes of “military confrontation with peaceful protesters” in the United States. pic.twitter.com/c1NbsJVfwQ

President Higgins wrote: “When I first went to the United States, as a post-graduate student at the end of the 1960s, there was an atmosphere of hope that after the war, the gains of the Civil Rights Movement and the War on Poverty which was getting underway, there would be a sustained movement forward towards achieving equality, an end to racist exclusion, and towards the fullest participation in American society.

“To those of us who shared these hopes at that time, what we have been witnessing, including military confrontation with peaceful protesters, fills us not only with the greatest heartbreak but also with the conviction that we must all, in every circumstance, seek to eliminate any aspect of racism in our society, communities, in sport and in culture, and seek to eliminate the inequality that is often at its root.”

On Monday, June 1, thousands of people across Ireland marched in support of anti-racist movements. The largest event was held in Dublin, which saw people march from the GPO on Dublin’s O’Connell Street to the American Embassy in Ballsbridge.

A demonstration in support of Black Lives Matter is scheduled for this Saturday, June 6 in Dublin.