The Taoiseach said that there was "genuine revulsion" in Ireland at the "heavy-handed response" towards demonstrators. 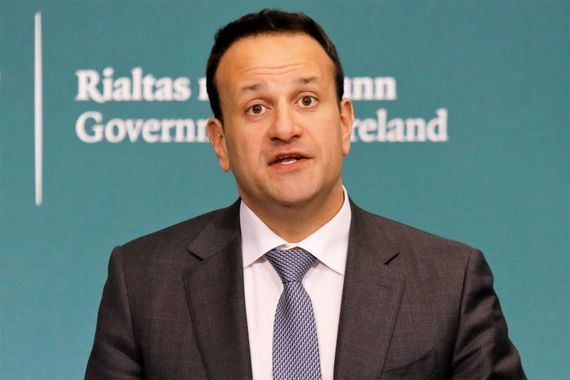 Taoiseach Leo Varadkar claims there has been a "lack of moral leadership" in the United States as protests and riots continue across the country following the death of George Floyd last week.

Varadkar addressed the Dáil on Thursday and said that there has been an absence of understanding, comfort, or healing" from high-ranking politicians in the United States.

The Taoiseach also said that there was "genuine revulsion" in Ireland at the "heavy-handed response" towards demonstrators and journalists as several protests turned violent across the US.

Varadkar said that racism was "a virus" and said that it was commonplace in Ireland.

"We don't need to look across the Atlantic to find racism. We have many examples in our own country. Discrimination on the basis of skin color is pernicious, sometimes overt," he said at the Dáil on Thursday.

He said that minority groups were often discriminated against when applying for jobs based on their skin color and said that some government officials were guilty of that discrimination.

Varadkar additionally said that there was evidence of racism in hate speech online, bullying in schools, and name-calling in the streets.

He said that many "young people of color" were made to feel "just a little bit less Irish than everyone else."

You can watch Varadkar's speech in the Dáil from earlier today here:

Earlier in the day, Tanáiste (Deputy Prime Minister) Simon Coveney said that Irish people are "disturbed" by the violence in America and said that he was seeking a meeting with the US Ambassador to Ireland about the issue.

Coveney echoed Varadkar and called for leadership at a political level to deal with the protests.

He said that the racism and discrimination that exist in the United States "had created a huge wave of protest" across the country.

Deeply concerned at underlying issues of racial inequality inspiring protests across USA.
Peaceful protest & robust indep. media are essential for democracy.
We must all be vigilant against scourge of racism. Violence is not the answer; community & political leadership is. 🇮🇪🇺🇸

Protests have often turned violent since George Floyd was killed by a Minneapolis police officer on May 25 with demonstrators frequently clashing with police officers and national guard members across the country.

Thousands of people have been arrested in the US during the protests with police frequently firing rubber bullets and using tear gas to disperse crowds.