The Black Lives Matter Solidarity Protest scheduled for Dublin on June 8 has been canceled, but another separate demonstration is scheduled for June 6. 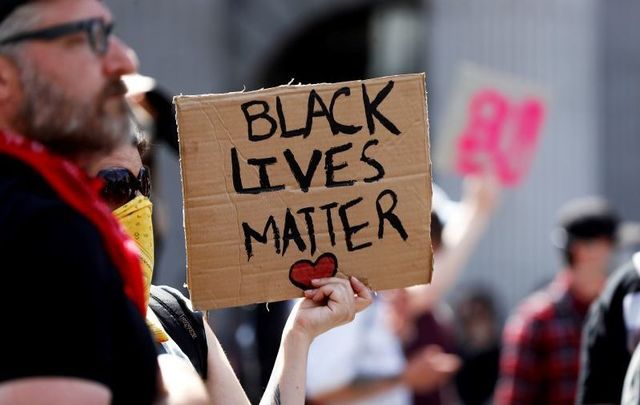 On June 1, 2020, thousands of protesters gathered outside the GPO in Dublin before marching to the US Embassy to protest the death of black man George Floyd in the US. RollingNews.ie

A Black Lives Matter march scheduled to take place in Dublin on Monday, June 8 has been canceled by organizers.

On June 2, the group "Black Lives Matter Solidarity Protest (Dublin, IE)" issued a statement on their newly-created Twitter account saying that they had a working relationship with An Garda Siochana:

We have informed An Garda Siochana of our protest and have developed a working relationship with them. We have not received any correspondence suggesting the protest may not continue (to date).

The following day, the account shared this tweet announcing the cancellation of the events planned for this Monday, June 8:

The group followed up soon after saying:

Clarification:
An Garda Siochana have not threatened or in any way attempted to intimidate the organisers, however, a number of safety concerns and potential criminal offenses surrounding the protest were raised and we have elected to cancel with the possibility of rescheduling.

Later, the group said that they are not affiliated with the separate protests scheduled for this Saturday, June 6:

Please take note: the upcoming protests on June 6th around the country will be continuing and are not affiliated with us. https://t.co/3yctSR82sR

According to the Irish Independent, the marches planned for Saturday, June 6, also in support of Black Lives Matter, are organized by Black Pride Ireland, The Movement of Asylum Seekers in Ireland (MASI), and Migrants and Ethnic-minorities for Reproductive Justice - (MERJ).

The trio of organizations has created an event page on Facebook for Saturday's demonstration, which reads: "We invite everyone within 5km radius of the U.S Embassy to join us on Saturday, June 6th at 3 pm for a socially distant protest.

"Black Lives Matter was a hashtag started in the U.S by three black women to highlight the disproportionate murders of Black lives. Anti-Blackness is global and here in Ireland we see it occur in the way we police crime and incarcerate asylum seekers in Direct Provision.

"We would like to add that people coming to the Dublin protest to refrain from bringing political party flags, organisational paraphernalia, handing out flyers that are not related to Black Lives Matter. It is not the time for you to recruit or gain members in any way. That is not solidarity, you are taking space from Black people."

On Twitter, Black Pride Ireland shared tips on what to bring and etiquette for the day of:

We will STILL be protesting outside the American embassy on the 6th of June!!

We have strict safety guidelines that all must stick to and encourage anyone who is vulnerable to do their part online or in their local vicinity!! pic.twitter.com/2G4aloCDL0

On Monday, June 1, thousands of people marched from the GPO on Dublin’s O’Connell Street to the US Embassy in Ballsbridge in support of the Black Lives Matter movement. There have been demonstrations worldwide in support of the movement in the wake of the death black man George Floyd, who died on May 25 in Minneapolis after Police Officer Derek Chauvin kneeled on his kneck for nearly nine minutes.

a blm protest in front of the US embassy in dublin, ireland today! feeling v proud rn #BlackLivesMatter pic.twitter.com/isphOuzwCP

The marches on Monday in Ireland drew some criticism as social distancing guidelines are still in place across the country. Both Ireland's Chief Medical Officer Dr. Tony Holohan and Ireland's Health Minister Simon Harris continued to advise against mass gatherings after the demonstrations took place.