Pope Francis may open the door to married Catholic priests 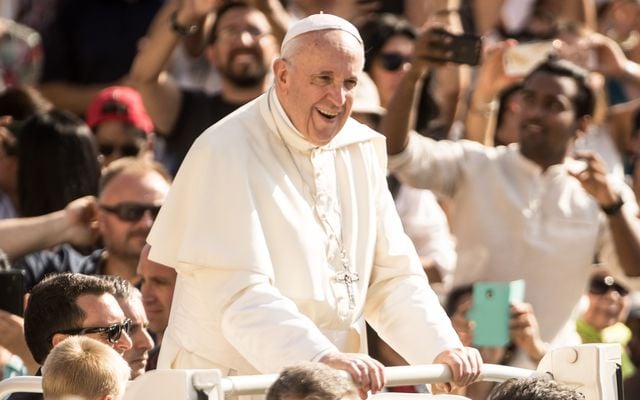 Pope Francis has asked the Catholic Church to move on from the "status quo" and consider allowing priests to marry. Getty

Pope Francis created shock and surprise among the assembly of bishops at a synod in Rome at the weekend where he floated the idea of married priests.

Speaking at a Mass in St Peter’s Basilica, in the Vatican, Francis also denounced past and present forms of colonialism and said that some of the fires that devastated the forests of Brasil were set by on purpose.

Francis was speaking to the synod, a gather of the council of the Catholic Church,  convened to decide an issue of doctrine, administration or application.

During his sermon, Francis warned that some Catholic Church leaders risked becoming “bureaucrats, not shepherds”. He urged them to have the courage of rekindling what he called the fire of God’s gift by being open to change.

There were many married priests in the early years of the Catholic Church and there is no official doctrine banning it. However, it has been effectively banned since the 11th century.

Supporters see this a complete revitalization of a church ruined by scandal but many conservatives proclaimed it represents heresy.

In a thinly-veiled warning about complacency, the Pontiff stated, “If everything continues as it was, if we spend our days content that ‘this is the way things have always been done,’ then the gift vanishes, smothered by the ashes of fear and concern for defending the status quo.”

Francis made clear the immediate need is the Amazon where priests live lonely lives, hundreds of miles apart. Reuters reports that in at least 85 percent of the Amazon Catholics cannot celebrate Mass every week and some members of the congregations only get to see a Catholic priest once a year.

However, conservatives within the Catholic Church believe that allow priests to marry in the Amazon would be a type of doctrinal Trojan horse and this would spread to the entire Church in the western world.

What do you think? Should Catholic priests be allowed to marry? Let us know your views in the comments section below.