'Inside the Vatican,' a new BBC documentary, takes a look at the Catholic church in the wake of widespread sexual abuse scandals. 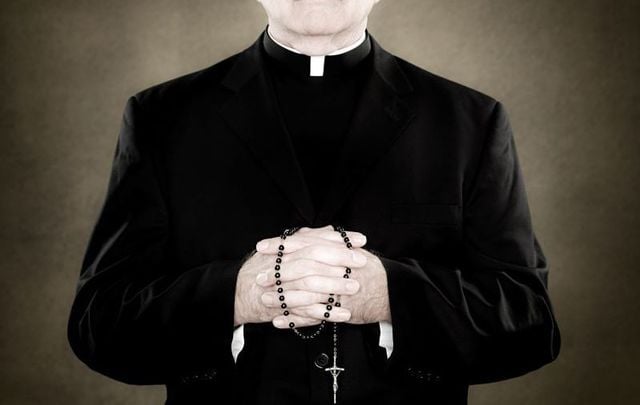 One Catholic priest asserts that clergy are living in a state of 'persecution' in the wake of sex abuse scandals. Getty Images

When Pope Francis arrived in Ireland last year for his first visit since the 1970s, he arrived just as a scathing report was emerging from Pennsylvania that detailed not only decades worth of child sex abuse within the Church, but the widespread cover-up of the scandals.

Journalist Christopher Lamb, himself a devout Catholic who was a consultant for BBC’s documentary ‘Inside the Vatican’, said: “What you had was a perfect storm of events.”

“You had Pennsylvania, and then [the Pope] went into Ireland within that context, so the whole thing kind of exploded over that August weekend.”

“It's not only the thousands of victims of sexual abuse in the church, but it's the cover-ups by church leaders and by bishops, not only in Ireland but across the world,” said Lamb, who described Ireland as the ‘Ground Zero’ of clerical sex abuse in the Catholic church.

He added: “I think it was the toughest trip of his Papacy. He wanted to go to Ireland because there was a meeting of families, but it turned into a very difficult trip because the whole narrative was about the sexual abuse scandals.”

“It would be wrong if the Pope went to Ireland and didn't mention the elephant in the room. This is a huge crisis.”

#Pope ends Ireland trip with dramatic apology for sexual abuse. Speaking from handwritten notes in front of a crowd of 300,000 he asks forgiveness for bishops and the sins of the Church #PopeInIreland story: https://t.co/PDcRGKO2lu…

In the wake of the Pennsylvania report, which has spurred compensation programs in Pennsylvania and New Jersey, some Catholic priests insist they are experiencing “persecution.”

The Daily Mail reports that  during BBC’s ‘Inside the Vatican,’ Don Luigi, a priest who has lived in the Vatican since he first arrived as a 12-year-old altar boy, claims members of the clergy live in a “kind of persecution by the media.”

“The Church, in particular, is attacked from all sides,” he said. “Hearing about ministers who are accused of abuses doesn't make life easy for all the other priests.”

“Unfortunately we risk the Church only being seen from that point of view, but there are many beautiful examples of priests who really give their lives to God every day.”

Read More: Why Catholic priests become predators and why can't the truth be told

Archbishop Paul Gallagher, a Liverpool native who now serves as the Holy See Foreign Minister, said that the church has “radically” changed in recent times.

“One would always like a certain permanence in one's life,” Archbishop Gallagher said, “but it is certainly an indication that things have changed and the question is really, have they changed for the better?”

Another priest, Father Hans Zollner, a psychologist who studied at sexual deviances while in university, is optimistic that the Catholic Church can navigate the scandals and has set up postgraduate training courses in child protection at the Pontifical Gregorian University in Rome.

“This is the first university that offers an academic degree in the area of safeguarding,” Father Hans said, who added: “This is going to stay with us for a very long time and we need to face it. If you don't face it actively it will come back to us in one way or another, so either you take it on or it will take you on.”

“We need specialists that are really capable of not only executing guidelines, putting them into place, but also developing them, updating them with dialogue, with science, with police, with the law system in the country.

“We need people who are more knowledgable, competent and more prepared to do whatever needs to be done to make sure young people are safe.”

“There is much need for preparing a different generation of people through education and information. This is not an immediate solution for anything but it is the start for a better future.”

You can download BBC’s two-episode documentary ‘Inside the Vatican’ here.

What do you make of the current state of the Catholic church? Let us know in the comments