Martina Purdy, a former journalist, and Elaine Kelly, a former barrister, are leaving the Belfast convent they left their careers to join in 2014. 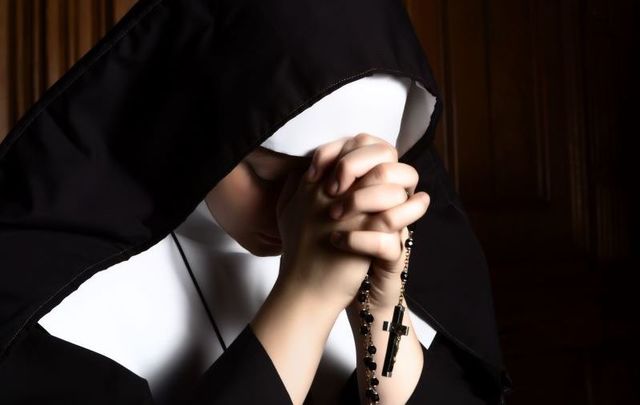 Martina Purdy and Elaine Kelly explain why they are being forced to leave their Belfast convent. Getty Images

Martina Purdy and Elaine Kelly walked away from their careers to join the Sisters of Adoration convent in Belfast in 2014.

The two Northern Irish women revealed on Monday that they are being forced out of the Belfast convent due to low enrollment.

BBC reports that Purdy and Kelly were the last two of the four women who joined the convent in 2014 that have now been forced to leave. The four women were the only new recruits in the world for that congregation that has convents in Belfast, Paris, and Ferns, County Wexford.

"Deeply painful for all concerned"

Martina Purdy, a former political journalist with the BBC, issued a statement on Twitter on September 23:

I never thought I would have to make this statement. But we have a God of surprises. pic.twitter.com/q7l7MJ7TZV

Earlier this year, Purdy, speaking with The Irish News, reflected on the change in her life: “I would be caught up in my own stress, and my own problems. At the convent, I’m in adoration, singing psalms and praying for other people, although my own concerns still creep in.

“If you had told me more than five years ago, that I would be living on the Falls Road, dressed in a brown habit, two doors down from the Sinn Féin offices where I used to interview Gerry Adams or Martin McGuinness, I would have said you were mad.”

In her September 23 statement, Purdy revealed: “My congregation - Adoration Reparatrice - has grown too small and fragile to meet the standards of governance required in the Catholic Church. Consequently, my religious vows expired this afternoon and I am no longer a Sister of Adoration.

"This is deeply painful for all concerned. It was not my choice to leave the Belfast convent and such a beautiful congregation. When I entered five years ago, I had hoped and believed that I would, God-willing, make my final profession of vows in 2023.”

Purdy said that in accordance with Canon law, "the congregation of Adoration Reparatrice cannot renew my temporary vows, and I accept God’s will, in this matter, in obedience and humility.”

She went on to say that she has had "the time of my life" since entering the Congregation five years ago and she "would do it all again," despite the recent outcome.

"This news - that the temporary professed sisters cannot continue in vows - is extremely challenging for us all and for me personally. I continue to follow Jesus as best I can as a lay Catholic and have no entered a period of discernment. Please pray for me and for all of us in the congregation.”

She added: "My desire to carry out my mission remains undiminished."

Purdy concluded her statement with a quote from Luke 1:21: "The Lord gave and the Lord has taken back. Blessed be the name of the Lord."

"I believed it was for life"

Elaine Kelly, a former barrister, shared a similar statement on Twitter the same day as Purdy:

There has been a big change in my life, again, but I continue to trust in the Lord and His amazing love!! Here's my statement pic.twitter.com/MljvqqUHZP

In 2014, Kelly discussed her decision to become a nun in an interview:

In her September 23 statement, Kelly wrote: "When I entered the Adoration Sisters five years ago I believed it was for life. I never saw this moment coming when I would have to leave."

Kelly echoed Purdy's understanding of Canon law, and said that she will "take all the amazing experiences and all I’ve learned as a Religious and carry it with me as I discern the next stage of the journey as a committed Catholic."

She added: "From my heart I can say that I have had the time of my life. It has all been very challenging, very exciting and very rewarding! It has taken me to the heights of love and trust of God. I fell in love with the Lord and that love has gone deeper. I am just so grateful that God called me to be a Sister of Adoration and that I have received the precious chance to live this life."

She said she now "looks forward with great hope to continuing this adventure of loving the Heart of Jesus in the Most Blessed Sacrament in a new way."

Kelly closed her statement with the Latin phrase "Fortis est ut mors dilectio," which translates loosely to "Love is as strong as death."