The story of Joseph Tuohy, snatched by Irish authorities from his mother because she was unmarried, has riveted Ireland. 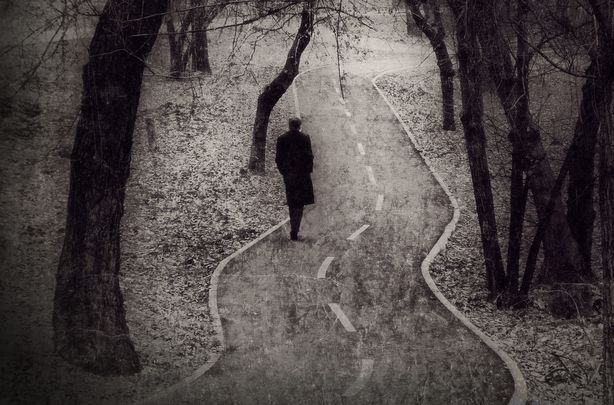 The late Joseph Tuohy, who died alone, will be celebrated by those who have read his story.

The story of Joseph Tuohy, snatched by Irish authorities from his mother because she was unmarried, has riveted Ireland.

The funeral of a little known and penniless Irish emigrant will take place in Dubin next Saturday and hundreds, perhaps a thousand, are expected as his tragic story has been told.

Joseph Tuohy was the child of a single mother, born in New York, in 1936.

“He died with nothing. He said he wanted to be put in a plastic bag and buried in the garden. You wouldn’t do it to a dog.” No ordinary Joe: The story of forgotten Irish emigrant Joseph Tuohyhttps://t.co/32LgcNSIAn

The penniless mother had no option but to return to Ireland and try to raise her child there.

She did so for five wonderful years until 1941 but her status as an unmarried mother caused great scandal among the blackguards who posed as the guardians of decency at the time.

As beautifully laid out in a column in The Irish Times by Jennifer O’Connell, Mary, and her beautiful and happy little boy were torn apart in the cruelest possible fashion. The boy was distracted by a special treat, lemonade, and biscuits, and when he looked up for his mother she was gone to a life of drudgery and abuse in a Magdalene Laundry.

He himself was delivered to an orphanage with no explanation of where his mother had gone or why. He was inconsolable for weeks.

One can only imagine the deep psychological wound such a forced separation caused such a young child.

Women working inside a Magdalene Laundry, in Ireland.

Read more: The last Magdalene Laundry in Ireland closed its doors in 1996

As O’Connell writes, he never recovered.

She writes about how his life ended "Seventy-eight years later, on July 11th this year, an Irish former... priest called Brian Boylan sat down in his home in Holloway, London, to write a letter to an acquaintance in Sandycove, Co Dublin, Margaret Brown.

“Dear Margaret,” he wrote. “I attended the funeral of an old Irish emigrant recently. He has no relatives in Ireland or England. The local authority (Islington Council) appointed me as his ‘next of kin’. I requested the man’s ashes and I have them in my house.”

Boylan explained he had known the deceased for many years. Boylan had intended to spread the ashes in a graveyard in England or Ireland. Margaret Brown, as O’Connell explained, is one of the founders of Friends of the Forgotten Irish, an organization set up just over a decade ago to remember those Irish emigrants who have no one.

Boylan wrote “I know you and your friends are concerned about the welfare of Irish emigrants,” he went on.

“The giving of this emigrant’s ashes to your care is, symbolically, an expression of your desire to support Irish emigrants and our wish to be reunited with our people at least in spirit.”

The Irish emigrant was Joseph Tuohy.

“She was a good mother, loving, and he felt happy and supported. She protected him from the negative feelings that might be directed to somebody who was born outside of wedlock. He was confident and bright. And then she was taken from him.”

As a result, Boylan says “he was never able to give himself fully to anyone. The experience of his mother’s departure and a failed relationship as an adult haunted him.

Boylan said, “It propelled him into a prolonged mental-health crisis, including periods of illness and homelessness."

He thought so little of himself that his dying wish was to have his ashes buried in a bin liner in Boylan’s back garden.

“When most of these people left these homes at 15 or 16, they headed down to the pier in Dún Laoghaire, and they got on that boat to England, and they arrived in England penniless and with very little. And some of them never came home. Some of them ended up very lonely, and living in poverty,” she says.

Joseph Tuohy never again returned to Ireland. Boylan says “Joe was so wounded that I offered to take him back several times, and he says, no, I’m never going back to Ireland.”

He will now and laid down among friends.

For our Irish readers: “All are welcome to Joseph Tuohy’s funeral, at St Joseph’s Church in Glasthule, in south Co Dublin, next Friday at 10 am. A private burial will be held at a later date in Tipperary."