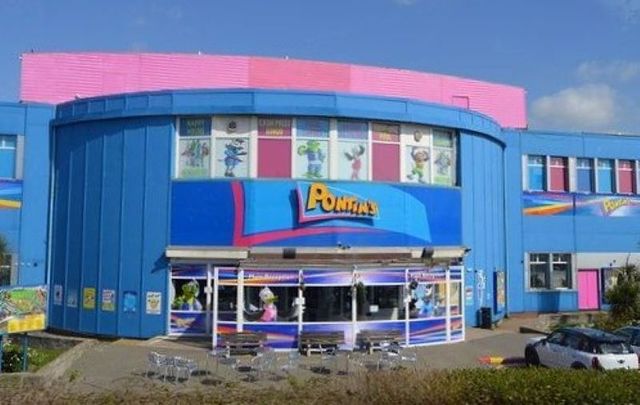 Pontins, part of a British holiday group, were found to be operating an “undesirable guest list” of Irish surnames and a "commercial vehicles” policy to exclude Gypsies and Travellers.

The family holiday parks, Pontins, have been banned from operating their "undesirable guest list", filled with Irish surnames, as well as as a "commercial vehicles” policy as a means of excluding Gypsies and Traveller from booking. The company, owned by Britannia Jinky Jersey Limited, had a surname blacklist including Irish surnames such as Cash, Connors, Delaney, Doherty, Gallagher, Horan, MacLaughlin, McMahon, Murphy, O’Brien, O’Mahoney, and O’Reilly.

Pontins agreed to change its work culture following an investigation by the United Kingdom's Equality and Human Rights Commission that found the company to be using in-house policies such as the "undesirable guest list". In Feb 2020, a whistleblower had tipped off the commission about these policies, which aimed to exclude Gypsies and Travellers.

According to the commission, these policies included the monitoring of calls with the company's call center. They had also refused to cancel any bookings that were made by people with Irish accents or with a "blacklisted" surname. This list was published on the company's intranet pages. Their policy required staff to block any potential customers with matching names from booking. The commission also added that Pontins had been using its "commercial vehicles" policy to exclude Gypsies and Travellers from its holiday parks.

Alastair Pringle, the Executive Director of the Equality and Human Rights Commission, said in a statement:

“It is hard not to draw comparisons with an ‘undesirable guest list’ and the signs displayed in hotel windows fifty years ago, explicitly barring Irish people and Black people.

“Banning people from services based on their race is discrimination and is unlawful. To say that such policies are outdated is an understatement.”

Britannia Jinky Jersey Limited, the company's owners have now signed a legally binding agreement with the UK commission to prevent this form of racial discrimination.

Pringle said "It is right to challenge such practices and any business that believes this is acceptable should think again before they find themselves facing legal action.

“We will continue to work with Pontins and Britannia Jinky Jersey to ensure that our agreement is adhered to and its practices improve.”

A spokesperson from the owners of Pontins said: “Britannia Jinky Jersey Limited has agreed to work together with the Equality and Human Rights Commission to further enhance its staff training and procedures in order to further promote equality throughout its business.”

It was headed "UNDESIRABLE GUESTS" pic.twitter.com/poQNC6up8h

Pavee Point, a group that aims to improve the human rights of Irish Travellers,  called the company's actions "despicable."

They continued “People with an Irish accent were targeted by Pontins for negative treatment as well as Irish Travellers. This highlights the vulnerability of minority ethnic groups to discrimination and racism.

“We know anecdotally that similar bans on Travellers is a common practice throughout Ireland especially in restaurants, bars, hotels, and retail.

“We know from recent reports that there is huge under-reporting of incidents of discrimination among Irish Travellers and we urge the Government to raise awareness on equality legislation as part of its forthcoming National Action Plan Against Racism.”

Speaking to the London Independent, Yvonne MacNamara, Chief Executive of The Traveller Movement ( a UK based charity supporting the Gypsy, Roma and Traveller communities) said she was “disappointed but unsurprised” to hear of the “appalling” blacklist.

MacNamara said “We’ve heard holiday camps do this sort of thing all the time. We are pleased to see the EHRC taking this course of action and really using its powers appropriately.

“We hope this sets a precedent, both for whistleblowers and for other holiday camp providers. This treatment of Irish Travellers is completely unacceptable and shouldn’t be tolerated.”