Study launched in 2016 delved into the history of Irish surnames looking back as far as the 11th century. 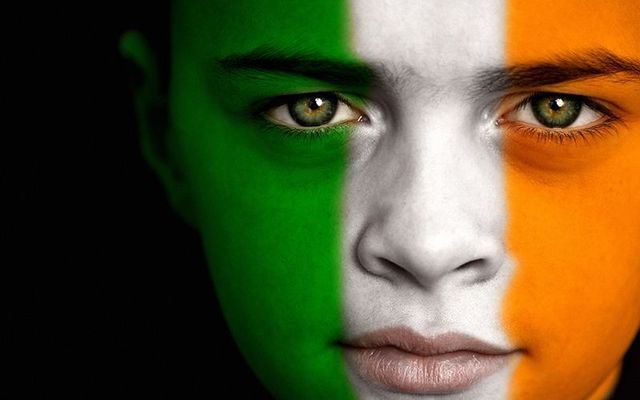 Discover whether your family name derives from a location, profession, relationship, or nickname using this newly published dictionary. Getty

Roots of 50,000 Irish and British last names were uncovered as part of the “The Oxford Dictionary of Family Names in Britain and Ireland” published in 2016.

A name can tell you a lot about a person, but how many of us know the exact meaning and origins of our last names?

For instance, did you know that the surname Short may originally have been awarded to people simply as a nickname because they were, in fact, very small, or that as many as a quarter of the 20,000 most common surnames in Britain and Ireland are derived from a description of a family relationship, such as Dawson, for example, which means David's son.

A study, combining four years of research, will help you delve into the intricate history of Irish surnames looking back as far as the 11th century to get to the root of family names.

The study took on the difficult task of completing research on 50,000 Irish and British names, with everything from the highly common Smith to the more obscure Long bones. The result is a mammoth four-edition print series named “The Oxford Dictionary of Family Names in Britain and Ireland” published in Nov 2016, selling for $494 (£400).

There has been a growing interest in family names and thanks to this research, one and all will now be able to determine whether their own surname is derived from a location, a nickname, or even from their ancestors’ profession.

“Our research uses the most up-to-date evidence and techniques in order to create a more detailed and accurate resource than those currently available,” said Richard Coates, professor of linguistics at the University of Western England (UWE).

So what have they discovered? Well, firstly, there are four main types of surnames: locative (coming from a place), trade-based, relationship-based, or those that come from nicknames.

Although names such as Smith are very obviously linked to a trade --ie blacksmith, (this name is carried by more than half a million Irish and British people) others, such as Beadle (church official), Rutter (musician), and Baxter (baker), may not be so easily recognized.

About half of the 20,000 most common surnames are based on location including Dublin, Leicester, Sutton, or Green while those that first came to life as nicknames--like Longbones and Goodfellow--make up about a fifth of this number.

Others are not as easily understood, however, and mistakes have been made in the past as to the origins of names such as Campbell. With the resources now available, the researchers--a team at UWE in Bristol who have been published by Oxford University Press--are now able to say that Campbell is not what was represented in Latin documents as de campo bello (of the beautiful field) but comes from an Irish word meaning “crooked mouth.” Cam beal.

Another example was Maude, which was previously believed to come from the Middle English name Maud but has now been shown to be linked to the town of Mold in North Wales.

“The modern appearance of a name is not always a good guide to its origin. For example, Levison looks like a Jewish name meaning son of Levi, and sometimes it is, but in north-east England, it is a colloquial development of the Scottish locative surname Livingstone,” said Peter McClure, a professor, and the dictionary’s chief etymologist.

This research was completed by using the expert advice of historical linguists, medieval historians, lexicographers, and expert advisers on Irish, Scottish, Welsh, and recent immigrant names to pinpoint new and detailed explanations for each of the names, explaining some 8,000 names for the first time.

Within the dictionary, enthusiasts will discover the frequencies of the name at the time of the 1881 and 2011 censuses, its main location in Ireland and Britain, its language or culture of origin, and an explanation supported by historical evidence for the name wherever possible.

Although 40,000 of the surnames were established as being native to Ireland and Britain, the remainder portrayed the influence of  French Huguenots, Dutch, Jewish, Indian, Arabic, Korean, Japanese, Chinese, and African arrivals who have settled since the 16th century.

The Oxford Dictionary of Family Names in Britain and Ireland is published, in ebook format, and library subscription online via Oxford Reference for a UK retail price of $494 (£400).