Female remains were discovered at a Cork construction site in January and gardaí are now appealing to the public to help identify them. 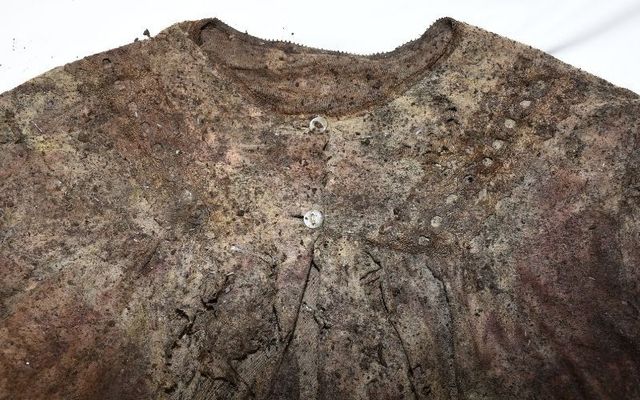 Gardaí hope that this nightdress found at the scene will help identify the remains. Garda press

Gardaí are appealing to the public for information on the identity of skeletal female remains found at a construction site in Cork in January.

The remains were found during the construction of the Midleton to Youghal Greenway on January 5 and gardaí have released an image of a nightdress discovered at the scene in the hope of identifying the remains.

Workers at the construction site at Roxborough, near Midleton, initially found a suspected human skull and contacted An Garda Síochána, who conducted a forensic examination of the area.

State Pathologist Dr. Margaret Bolster carried out an on-site examintion and a subsequent post-mortem, while the woman's DNA samples were compared against the National DNA Database.

However, gardaí have been unable to identify the remains and are now appealing to the public for their help.

They say that forensic evidence suggests that the woman was in her 70s at the time of her death and that she suffered from arthritis. She was large-framed and wore dentures, while she was 5 ft to 5 ft 2 in height.

Gardaí in Cork have undertaken house-to-house inquiries in the local areas in a further attempt to identify the woman's remains, while investigators are using carbon dating as part of the investigation.

"Someone in the community must know how the female skeletal remains came to be at this locally known "tipping point” off the Shanty Path at Roxborough, Midleton, Co. Cork," gardaí said in a statement.

"An Garda Síochána are determined to formally identify the deceased and treat her with the respect and dignity that she deserves."