POLL: Why is President Trump supporting visas for the Irish and not others?

As others nationalities have their chances of immigrating or even traveling to the United States taken away, why is it that the Irish are being awarded new visas by President Trump? 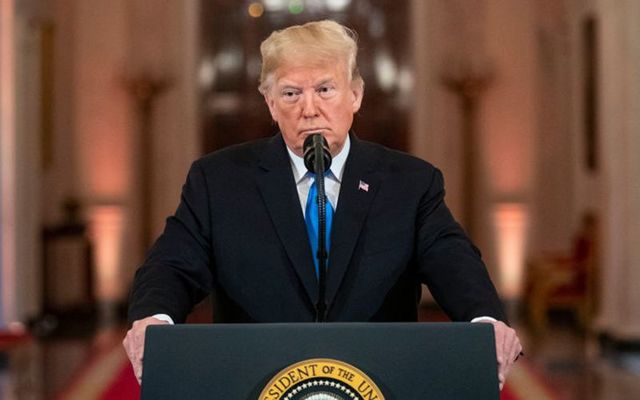 Is President Trump showing his racism by awarding more visas to a white nationality while he restricts the chances of the world's most vulnerable and needy of entering the country?

The Irish are believed to be on the brink of a new wave of opportunity and an extra chance to have a crack at the American Dream with the E3 visas left over after Australian applications expected to be allowed to go to Irish applicants. It would mean about  5,000 visas for college graduate applicants.

The new deal would be no savior for the Irish undocumented, not outlining any pathway to citizenship for them but rather potentially offering visas for professionals with a certain level of education.

In rescinding DACA and with the ban on immigrants from Muslim-majority countries, however, Trump is taking away the right of similarly educated and qualified people to stay living in this country and removed the rights of people of the Muslim-ban countries who wish to move here to progress their careers and add to the US economy.

Just this St Patrick's Day 2018, Trump had also signaled some support for a deal on the undocumented Irish in the US when he met with Irish Taoiseach (Prime Minister Leo Varadkar) as part of the annual White House celebrations. This came despite his harsher words about the undocumented as a whole.

So why are the Irish different? Do these deals come to us as a nation simply because of our strong ties and the work of our government in making them happen or is it tied more closely to the fact that we are a majority-white-Christian country?

Have your say in the poll below and let us know why you voted in the comments section, below.

What do you think? Let us know in the comments section below.