Who is Robert F. Kennedy Jr.? 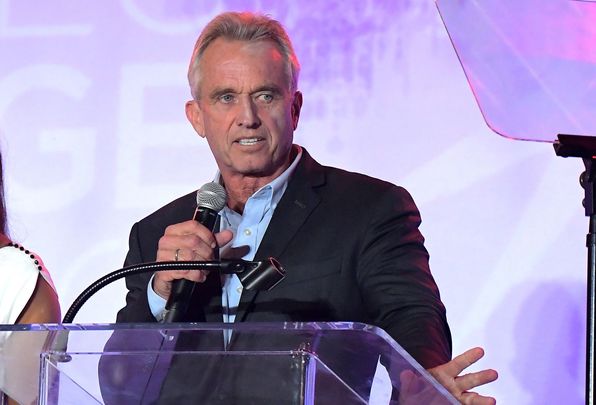 Robert F. Kennedy Jr. has been in the news recently due to his views on vaccines, Dr. Fauci, Bill Gates, and countless other topics, but who exactly is the black sheep of the Kennedy family?

Robert F. Kennedy Jr. is the third eldest of Robert and Ethel Kennedy's 11 children. He was 14 years old when his father was assassinated by Sirhan Sirhan while running for president in 1968.

RFK Jr. is something of an anomaly. As a prominent environmental lawyer and activist, it is somewhat unusual that he is also an ardent anti-vaccination advocate since the two ideologies are normally mutually exclusive.

He is an environmental law specialist and began his career as an Assistant District Attorney in Manhattan before he joined the non-profit environmental organization Hudson Riverkeeper as an investigator in 1984. He became a senior prosecutor for the organization in 1985.

He brought a series of lawsuits against New York City to protect the Hudson River from pollution and to properly treat sewage in the city.

There are more than 300 Waterkeeper organizations in 44 countries worldwide.

He additionally founded the Environmental Litigation Clinic at Pace University School of Law in 1987 which has prosecuted numerous companies and government bodies over the course of three decades for polluting the Hudson River and its tributaries.

He has represented hundreds of public and private plaintiffs in environmental lawsuits across the United States.

Kennedy has consistently criticized the environmental damage caused by the American military and has sued the US Navy on several occasions.

He has long advocated for a transition away from non-renewable fuel sources such as oil and gas and argued in favor of sustainable energy.

Robert F. Kennedy's second-oldest son has never wavered in his stance on the environment and he has always stood up for the little guy against the infinite power of multi-million dollar corporations like Exxon, Con Edison, and General Electric for polluting the Hudson River and its tributaries.

However, his stance on vaccinations is decidedly more conservative and has drawn public criticism from his own family members who claimed that he was part of a "misinformation campaign" that was spreading false information about vaccines.

Kathleen Kennedy Townsend, Joseph Kennedy II, and Maeve Kennedy McKean all penned an op-ed in Politico in May 2019 urging him to reverse his stance on vaccines.

They praised him for his environmental work and call him one of the "great champions of the environment" but said that his work against vaccines was having heartbreaking consequences.

They pointed to John F. Kennedy, RFK Jr.'s uncle, who urged 80 million Americans to get the Salk Vaccine in the fight against Polio in 1961. JFK also signed the Vaccine Assistance Act into law in 1962 which protected the American population from infectious diseases by providing vaccines.

They said that Kennedy Jr.'s campaign of misinformation about vaccines was dangerous to public health.

He has been a prominent anti-vaccine advocate for more than 15 years and rose to national attention on the issue after he penned an article in Rolling Stone magazine and Salon called Deadly Immunity, alleging links between vaccination and autism. Salon removed the article due to a number of factual errors while Rolling Stone continues to publish the article, albeit a heavily edited version.

The group has blamed vaccinations, among other factors, for a rise in cases of conditions like autism, autoimmune diseases, cancer and allergies in young children.

He claims that there is a link between mercury in vaccinations and autism in children and alleges that there is a media and government conspiracy to deny and cover up any proof that vaccines can cause autism.

Kennedy Jr. has been increasingly vocal throughout the COVID-19 pandemic and he has come out with some outlandish conspiracy theories.

In an interview with YouTube channel Valuetainment, he claimed that Bill Gates controlled the WHO through the significant donations he makes. He claims that the philanthropist and billionaire is forcing the WHO to ramp up its vaccine programs around the world.

He also claims that Bill Gates plans to install microchips in people across America that can store a person's medical records in addition to storing their criminal history and the locations they have visited recently.

Almost all of his theories have been debunked by various fact-checking sources including Reuters and Politifact. However, a number of anti-vaccine propaganda sites have shared the conspiracies on Facebook.

Kennedy frequently appears on far-right media outlets to voice his concern about vaccines and, ironically, most of these sites would also claim that global warming and manmade climate change are myths or government conspiracies.

The juxtaposition of environmental liberalism and vaccination conservatism is somewhat surprising and it is therefore difficult to fathom how a man from a family that has always advocated for vaccinations could stray so far from the beaten path.