A memo from the White House announced that the next document dump will be December 2021, with the more sensitive material delayed until 2022. 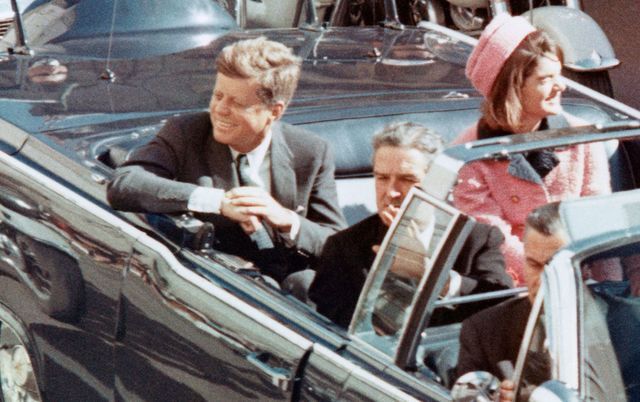 The White House has announced that due to Covid-19 the public release of the records related to the assassination of President John F. Kennedy will be delayed.

A memo signed by President Joe Biden was released by the White House announcing the "Temporary continued postponement is necessary to protect against identifiable harm to the military defense, intelligence operations, law enforcement or the conduct of foreign relations that is of such gravity that it outweighs the public interest in immediate disclosure.

In 1992, it was ruled by Congress that "all Government records concerning the assassination of President John F. Kennedy … should be eventually disclosed to enable the public to become fully informed about the history surrounding the assassination."

This act also allows the US government to "protect against identifiable harm to the military defense, intelligence operations, law enforcement or the conduct of foreign relations.

In 2018, former president Donald Trump released several thousand secret files on the assassination but withheld others on national security grounds.

According to the White House memo, this year, the National Archives and Records Administration ruled that "unfortunately, the pandemic has had a significant impact on the agencies," and added that they needed additional time to research the material and "maximize the amount of information released."

The most sensitive of this information is now set to be released in December 2022. The material, which has already been deemed "appropriate for release to the public", will now be released on Dec. 15, 2021.

Already 250k records have been released. However, the public can not view these records until they come to the NARA’s College Park, Maryland headquarters, according to the White House memo.

The assassination of the 46-year-old president was a "profound national tragedy" that "continues to resonate in American history and in the memories of so many Americans who were alive on that terrible day," the memo said.

A ten-month investigation led by then-Supreme Court chief justice Earl Warren concluded that Lee Harvey Oswald, a former Marine who had lived in the Soviet Union, acted alone when he fired on President Kennedy's motorcade.