Ulster unionism is on the back foot – their majority is gone and the bully boy tactics don't work anymore. 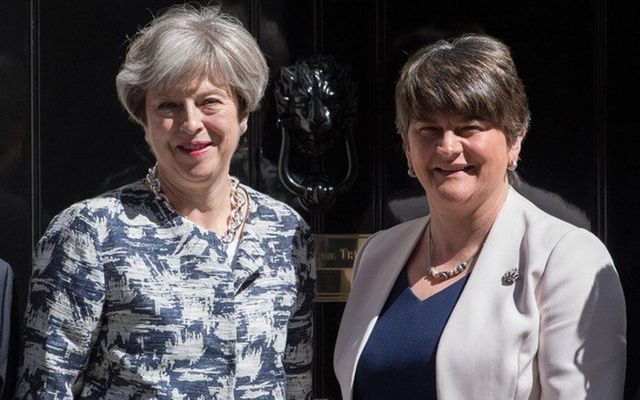 Ulster unionism is on the back foot – their majority is gone and the bully boy tactics don't work anymore.

The dying kick of Ulster unionism, hastened by the disastrous British government's Brexit policy, is the biggest Irish story of 2017 or any year.

Since 1921 the Northern state has looked impregnable, bolstered always by a unionist majority. Before our very eyes that has changed. That is why the March 2017 Assembly election was truly historic.

For the first time ever, in any Northern elections, the two main unionist parties were out-polled by nationalist parties with Sinn Féin/SDLP winning 39 seats and the DUP/UUP winning 38. The percentage of vote gained was essentially evenly split.

In addition, the DUP only defeated Sinn Féin by one seat for the title of largest party.

Compare this year's results to the first ever election in Northern Ireland in May 1921 when unionists won 66 percent of the vote and 75 percent of the seats. It took almost 100 years, but the pendulum has now swung decisively.

Demographics is destiny and the surge in the nationalist population makes a minority unionist future inevitable.

The dam is cracking. In the Brexit vote 55 percent of the voters, including 20 percent of unionists, said “No” to Brexit even though the unionist parties pushed hard for a “Yes” to Brexit vote.

How that transformation is managed is critical, but Brexit has been the greatest ally of Northern Irish nationalists ever putting the very future of the UK at risk.

After the British election the DUP caught a lucky break and found themselves propping up the new Tory government in return for favors, i.e. the Orange Card.

However, when Theresa May attempted to negotiate a way around the Irish border question she ignored the DUP. DUP leader Arlene Foster summoned her out of a meeting and told her surprise, surprise, “Ulster Says No.”

A leading DUP figure argued that Irish leader Leo Varadkar has no say in the North.

May seemed to buckle, but within a week or so – under ferocious European Union pressure – she essentially agreed with the Irish government that only a borderless “soft Brexit” solution would work. Tellingly, the unionists had to go along, their Orange card a joker.

Of course, Unionism still has not accepted their day has gone. Jeffrey Donaldson, a leading DUP figure, argued that Irish leader Leo Varadkar has no say in the North after Varadkar spoke out this week stating the opposite.

Varadkar said, “Essentially the Good Friday Agreement provides for matters that are not devolved to be dealt with by the British-Irish governmental conference and that’s what we will seek.

“So all we’d be seeking is the implementation of the Good Friday Agreement which, as you know, is an international agreement between two governments endorsed by referendum in both parts of the island.”

Sir Jeffrey said the Irish government has “no mandate to govern Northern Ireland.”

He told BBC Radio Ulster: “No one in Northern Ireland elected them.

"Right now it seems by ... the inflammatory language he [Varadkar] is using, he’s trying to put pressure on unionists.”

Imagine that, pressure on unionists, after they invented the artificial entity called Northern Ireland, called it a Protestant state for a Protestant people, allowed one Catholic in government in 50 years, beat civil rights protestors off the streets and were eventually dragged kicking and screaming to the negotiating table. They still think they run the place.

Leo Varadkar is right that the Irish government has a perfect right to “interfere” in Northern Ireland as per the Good Friday Agreement.

Ulster unionism is on the back foot. Their majority is gone and the bully boy tactics don't work anymore. Even the weak and vacillating Theresa May swept them aside.

The strange death of Ulster unionism is the Irish story of 2017.

What do you think the Irish story of 2017 was? Let us know in the comments section, below.