No US Ambassador in Dublin, no understanding of Brexit damage to the peace process, makes Trump visit to Ireland very difficult expert warns. 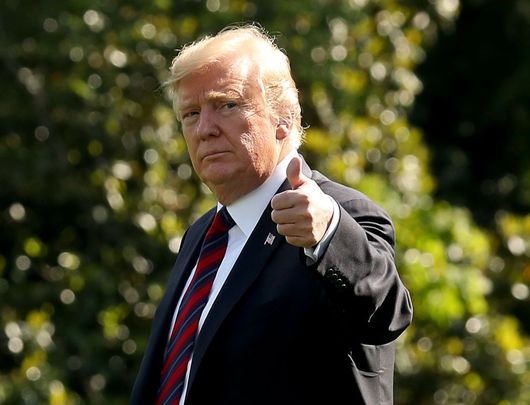 No US Ambassador in Dublin, no understanding of Brexit damage to the peace process, makes Trump visit to Ireland very difficult expert warns.

President Trump doesn't understand the potential damage to the Good Friday Agreement by Brexit prior to his “fraught” trip to Ireland a leading foreign policy institute expert has said.

“Quite frankly, I think there’s concern that the U.S. underappreciated the destabilizing role of Brexit for Northern Ireland and the Good Friday peace accord, which was such a product of U.S. leadership,” said Heather Conley, Senior Vice President for Europe, Eurasia, at the Center for Strategic and International Studies.

“So I think there has been a drift in this relationship. I mean, this is important symbolically for an American president to visit Ireland,” she added while speaking at a press conference about the president’s upcoming European visit which includes an Irish leg.

She stated that the Irish US relationship was in an unsettled period.

“You know, what strikes me about this – I have to go back in the record books, but the fact of the matter is we have not had a U.S. ambassador in Dublin for two years. We have a charge d’affaires.

“This is extraordinary for a relationship, an Irish-American relationship that is so strong and so profound. The fact that we don’t have a U.S. ambassador to me underscores that you know, this has just been a problematic issue that we cannot seem to resolve. You know, again, bilaterally the issues are not great.

“The Taoiseach was just meeting with the president in March. There are true disagreements about the EU and the value of the EU to both Ireland and the United States.”

“And, of course, that does not make the president very happy when he sees demonstrators. So it’ll be an interesting visit. But this has certainly been a fraught stop to schedule in a place where it should be quite easy to do so,” Conley concluded.

What are your thoughts? Let us know in the comments section below.