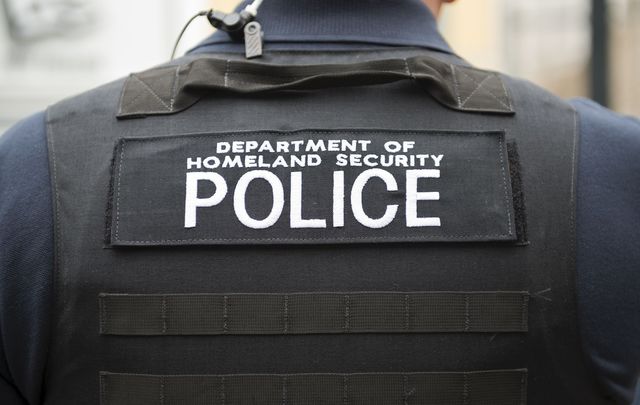 The Department of Homeland Security announced that New Yorkers will no longer be able to access federal Trusted Traveler Programs as a result of the "Green Light Law" which allows undocumented immigrants to get drivers licenses.

The decision to prevent New Yorkers from accessing TTPs was announced on February 6 by the Department of Homeland Security’s acting secretary Chad Wolf:

If @CBP cannot verify an individual is a low risk global traveler, they cannot keep the homeland safe. Unfortunately we had to suspend NYers access to Trusted Traveler Programs b/c New York banned the DMV from providing us with risk-assessment information. https://t.co/0wd3zShO2E

The following day, Governor Cuomo told Wolf “that DHS already had all New York State information on criminal backgrounds through the FBI and that, while redundant and unnecessary, the DMV could provide data specifically for TTP enrollee applicant cases. DHS rejected the offer.”

Governor Cuomo slammed the DHS decision as "extortion" and on February 10 announced that the state of NY had filed a lawsuit against the Trump administration over "assault on New York travelers."

.@DHSgov's decision to ban New Yorkers from the Trusted Traveler Program is another example of the Trump administration’s disrespect of the rule of law, hyper-partisan politics and use of extortion.

NY won't stand for it.

On February 13, President Trump and Governor Cuomo met in Washington, DC to discuss the matters, but failed to reach any solution.

Governor Cuomo said in a tweet after the meeting that discussions will continue:

Wrapped up my meeting with the President. I restated my initial solution: NY is willing to provide DMV records for NYers applying to TTP. He’s open to working with us on this and we’ll continue the conversation in the coming week.

Cuomo's communications director Dani Lever said in a statement: "Governor Cuomo restated the initial solution that he proposed to the DHS Acting Secretary last Thursday on our willingness to allow federal officials access to DMV records only for individuals applying to the Trusted Traveler Program.

“As the Governor previously said, we believe DHS's action was politically motivated and unwarranted as the FBI already has information regarding criminal records and TTP applicants already go through an extensive federal background check. The President said that this is an issue he wants to work on and that he would follow up with the Governor next week."

Wolf, who was present at the meeting, said the meeting was "productive."

Today, I joined @POTUS Trump & Governor Cuomo for a productive meeting. The relationship between New York & the Fed government is very important but has been made difficult by the unilateral actions of NY regarding the sharing of critical security information with DHS. Statement: pic.twitter.com/QS4ub5QiRj

"New York is the only State that restricts CBP access to their data across the board – for law enforcement, customs, trade and travel facilitation purposes. Despite that, we will continue discussions with the State of New York to find a mutually agreeable solution," Wolf said.