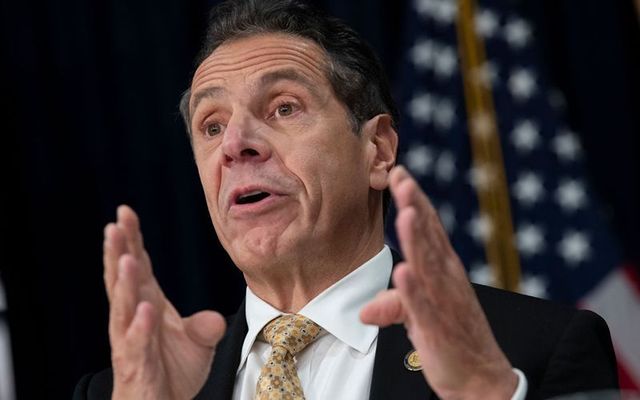 Cuomo likes to talk a good game when it comes to immigrants and making sure we don’t dehumanize them.  Last year at a teachers’ union rally he declared himself “an undocumented person,” adding that his grandparents were “poor Italian Americans.”

And, of course, a nasty little word for such folks was “wops” — an acronym for “without papers.”

In expressing his solidarity for the downtrodden, Cuomo has said, “As a New Yorker, I am a Muslim…I am Jewish...I am black, I am gay, I am disabled.”

And yet, make no mistake about it.  He wants border security. He wants to build a wall.

He’s called for the posting of more law enforcement officers.  He’s sick and tired of all these people who just stroll in, face no consequences, and cost the hard-working taxpayer more and more money.

I’m talking, of course, about those folks to who evade fares in New York’s subway system.  Turnstile jumpers.

“We have to enforce the fare system in the MTA,” Cuomo told WCBS radio last week. 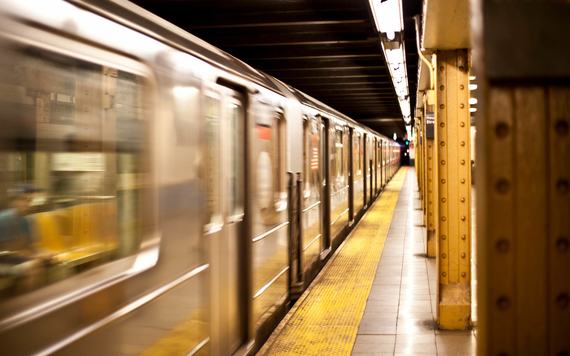 "We have to enforce the fare system in the MTA,” Cuomo said.

Cuomo made these comments the very same week that, to much fanfare, he came out in favor of letting undocumented immigrants obtain driver’s licenses in New York State.

“This legislation is in the best interest of the entire state of New York,” Assembly sponsor Marcos Crespo of the Bronx was quoted as saying.

“It is more beneficial to communities outside the City of New York where transportation is fully accessible…There are clear economic gains for the state of New York, there are great revenues coming to our rural communities.”

As the New York Post added, “Supporters argue it will increase road safety, and several city district attorneys back the measure, insisting being able to identify drivers will assist law enforcement.”

I am a pro-immigrant progressive, but this leaves me uneasy for several reasons.

There is the obvious problem of some criminal immigrant -- they do exist, folks -- doing something awful, and having a driver’s license may make it all the more easy to do something awful.

But there is also a level of hypocrisy at play here.  Certain high-minded folks believe the government should not be in the business of sanctioning bad things.

Consider the hand-wringing about all those statues of bigots that have been taken down. Names have been taken off of buildings and memorials because the government should not be on the wrong moral side of a cause.  Cops and teachers and other public servants -- as representatives of the government -- have lost their jobs because they expressed opinions considered immoral.

How, then, do you ask a state employee to sanction the legal driving status of a person whose immigration status is, you know, not legal? 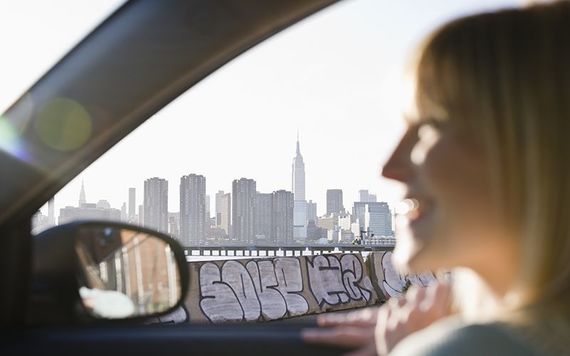 How do we issue state licenses to those we know to be illegal?

One suspects certain people would grant driver’s licenses to undocumented immigrants -- but not if they are homophobic opponents of same-sex marriage.

The Trump movement at its most vile targets undocumented immigrants as a virus that is infecting an otherwise pure America.  This is wrong and disgusting.

To look the other way when it comes to illegal immigrants -- to accept them as a complex, human by-product of a vast global economy -- is understandable.  But to document the undocumented is unsettling on multiple levels, first and foremost to immigrants who leapt through all the hoops to actually become American citizens.

An obvious solution?  Undocumented immigrants should jump the subway turnstiles and avoid the fare.

Because guess when a “civic summons” is dealt with? When you go to apply for a driver’s license.