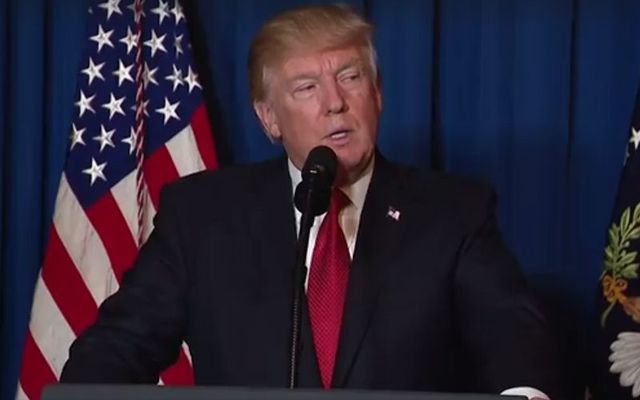 Rabidly anti-Catholic Texas pastor Robert Jeffress, who led the blessing of the new American embassy in Jerusalem at the invitation of Donald Trump, has said Satan is behind Roman Catholicism.

He has also said that Mormons, Muslims, Jews, and most Catholics are destined for hell. He has also described gays and lesbians as “perverse” and “abnormal” people who engage in an “unnatural” and “filthy practice” is laying hands on the man.”

Trump has said “The pastor is an incredible guy.”

Donald Trump and Robert Jeffress embrace during the 2016 Presidential Campaign.

Here are Jeffress' comments about Catholicism and the Roman Catholic Church from a 2010 segment on his radio show “Pathway to Victory”.

"This [Catholicism] is the Babylonian mystery religion that spread like a cult throughout the entire world. The high priests of that fake religion, that false religion, the high priests of that religion would wear crowns that resemble the heads of fish, that was in order to worship the fish god Dagon, and on those crowns were written the words, ‘Keeper of the Bridge,’ the bridge between Satan and man.

"You can see where we’re going with this. It is that Babylonian mystery religion that infected the early church. One of the churches it infected was the church of Pergamos, which is one of the recipients of the Book of Revelation. And the early church was corrupted by this Babylonian mystery religion, and today the Roman Catholic Church is the result of that corruption.

"And that’s what Satan does with counterfeit religion. He uses, he steals, he appropriates all of the symbols of true biblical Christianity, and he changes it just enough in order to cause people to miss eternal life." 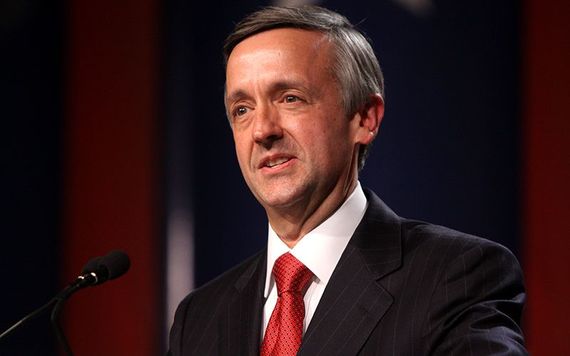 Jeffress has previously claimed that the gay rights movement "will pave the way for that future world dictator, the Antichrist, to persecute and martyr Christians without any repercussions whatsoever," and has declared that the September 11, 2001, terrorist attacks represented God's judgment for legal abortion, reports RightWingWatch.org.

Jeffress insisted his Trump appearances during the election don’t amount to an official endorsement, which would threaten the church’s status as a 501(c)(3) nonprofit.

Here’s footage of Jeffress supporting Trump during his 2016 presidential campaign: