Sinn Féin Senator admits he prayed not to be gay

One of Ireland's youngest politicians has admitted he "prayed for years" that he would not be gay due to his sense of shame. 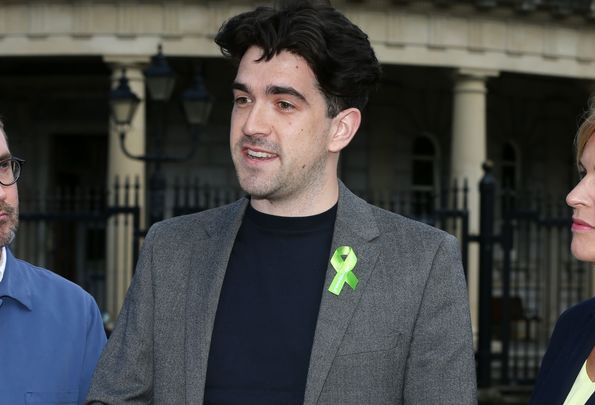 Sinn Féin Senator Fintan Warfield told of his own past torment, while expressing his concern over a new sex education program for Ireland's Catholic elementary schools.

The program, unveiled by the Irish Bishops' Conference, describe sex as a "gift from God" that belongs in a committed relationship, while marriage is defined as a "sacrament of commitment."

The sex education resource, entitled Flourish, has been drawn up for all Catholic elementary schools on the island of Ireland.

But nearly six years after same-gender marriage was made legal in Ireland under an overwhelmingly popular public vote, it seems clear that traditional Catholic teaching remains very much at odds with the views of most of the Irish public.

One central message in the program is that the Catholic Church's teaching in relation to "marriage between a man and a woman" cannot be ignored.

It also states that "puberty is a gift from God,” adding, "We are perfectly designed by God to procreate with him."

The new sex education program has triggered unhappy memories for Warfield, who revealed he had prayed for years not be gay because of a sense of shame.

The Sinn Féin senator, who serves as the party's spokesman on LGBT rights, said there was "a lot to unpack in the news that the Irish Bishops' Conference has developed what it refers to as a voluntary resource for primary schools,” according to a report in The Irish Times.

Calling on the government rather than the church to take ownership of sex education, the 29-year-old LGBT activist continued, "I do not profess to have all the answers, but this is not it."

He added, "I prayed for years that I would not be gay.  I did so because of shame, much of which I can place blame for at the door of the church.