Opinion: Irish people have been poorly served by leaders and remain confused by policy turnarounds, delayed vaccinations, and poor communication. 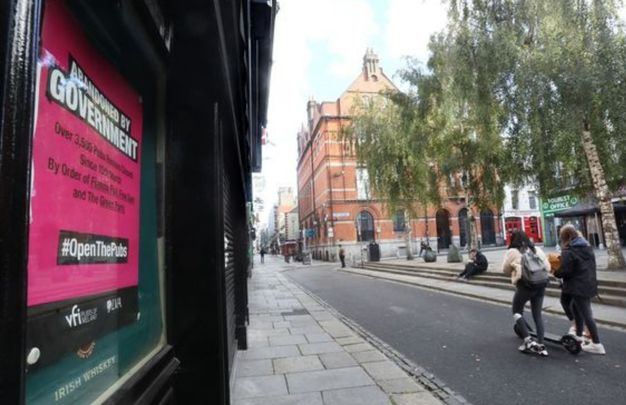 It is the little details that have the most impact. Details like the 100-year-old woman in County Clare that still awaits her first vaccine. She is just one of over 1,200 elderly citizens that were promised to be prioritized and are still waiting.

They can’t be too disappointed as this is Ireland and over their lifetime, they must have encountered many broken political promises. Still, it must hurt to be in a queue behind the close and youthful family members of Senior Doctors or seeing the cronies of important healthcare chiefs getting preferential treatment.

The truth is that the vaccine shambles in Ireland is just another case of business as usual. It has all the elements of a perfect storm; inefficiencies, unreliable data, irregular deliveries, cronyism, and political incompetence. Add in the fact that the third-largest economy in the world, the European Union, was left hopelessly flatfooted when it came to purchasing vaccines for its member states, and it's little wonder that the stock of government politicians is nosediving.

Most opposition parties can’t claim much kudos either as they have flip-flopped in relation to these issues. The Labour Party, for instance, called for Zero Covid as recently as February only to change tack as they realised that there is no appetite among the public for further lockdowns. In contrast, the leader of the fastest-growing political party in Ireland - Peadar Tobin of Aontú - has pointed out that we have the longest and most severe lockdown in Europe and that an accelerated reopening of the country is now required.

Covetous eyes are being thrown at the UK, where astute diplomacy and strong-arm persuasion has led to a situation where their vaccination programme is the envy of Europe. Unionist politicians in Belfast have openly pondered about supplying excess vaccines across the border much to the embarrassment of the Dublin Government. Senior figures have also mused about a cap in hand approach to President Biden. Please sir can we have more?

The truth is that there are no answers. The cracks in the healthcare system have been hopelessly exposed by the pressure of the pandemic. Breathing space, hard-won by lockdown in the summer of 2020, has been squandered.  We are resigned to muddling through with possible collateral damage to those most at risk like 100-year-olds on Ireland’s western shores.

Will things change going forward? The hell they will.

*Michael O’Dowd is a candidate for Ireland's Aontú party in the next election and a former Mayor of Drogheda.