Former Governor of Maryland Martin O’Malley is invoking the 1916 Proclamation in an attempt to persuade a White House boycott this St. Patrick's Day. 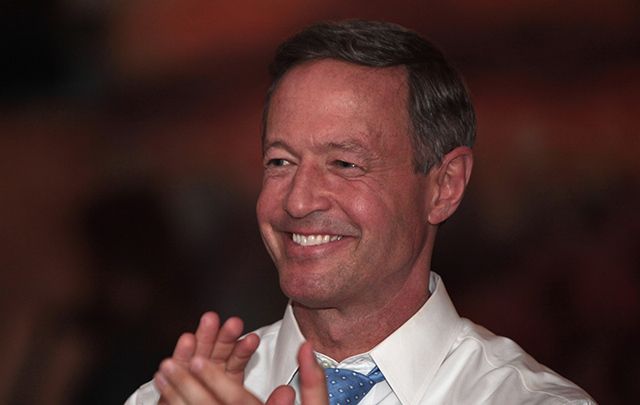 Former Governor of Maryland Martin O’Malley is invoking the 1916 Proclamation in an attempt to persuade a White House boycott this St. Patrick's Day. WikiCommons

One of Irish America’s most prominent politicians is calling for a boycott of the Trump White House on March 16. Martin O’Malley, former governor of Maryland and Democratic Party presidential candidate, is invoking the 1916 Proclamation in an attempt to persuade people not to attend the White House gathering set for Thursday, March 16.

Taoiseach Enda Kenny is scheduled to present President Trump with the traditional bowl of shamrock on that day.

Governor O’Malley, in the text of his statement, does not directly call on Kenny to stay away though his online release is headed “Petition to Congress and Irish Taoiseach: Skip Trump's St. Patrick's Day Party.”

O’Malley, who has been very active in recent weeks campaigning for Democrats in various special elections around the country, wants people to sign a petition urging a boycott.

“The enduring symbol of the United States of America is not the barbed wire fence, it is the Statute of Liberty,” said O’Malley in an email statement.

“So please, ‘in the name of God and of the dead generations from which Ireland receives her old tradition of nationhood,’ boycott Trump's St. Patrick's Day gathering at the White House on Thursday, March 16.”

O’Malley said that the petition would be delivered to all Irish-American members of Congress and the Irish embassy in Washington.

O’Malley, who has fronted his own Celtic rock band “O’Malley’s March,” wants those heading for the White House on March 16 to about face and march in the other direction.

“No shamrocks please for the immigrant-hating Mr. Trump. No tri-color flag pins for White supremacists with Irish surnames such as Stephen Bannon.

“Let's show Trump how many Irish Americans and fellow Americans oppose his policies. Make your Irish ancestors smile,” he said in his statement.

“We are not a deportation nation that breaks up immigrant families and separates parents from their children. As John F. Kennedy said, ‘We are a nation of immigrants.’ Our diversity is our greatest strength.”

If you're in NYC on St. Patrick's Day, join these folks and take an #IrishStand against @realDonaldTrump's immigrant bashing #NoShamrocks https://t.co/remQHYh0wN

O’Malley urges people to “Share this #NoShamrocks petition with your friends, family, neighbors.”

And he concluded: “Take a stand for the true character of the United States of America—a free and generous country, a Republic with liberty and justice for all.”

The petition, according to O’Malley, closes at noon eastern standard time on Wednesday, March 15.