A new cross-border survey shows that conditions for North-South cooperation have deteriorated due to political instability. 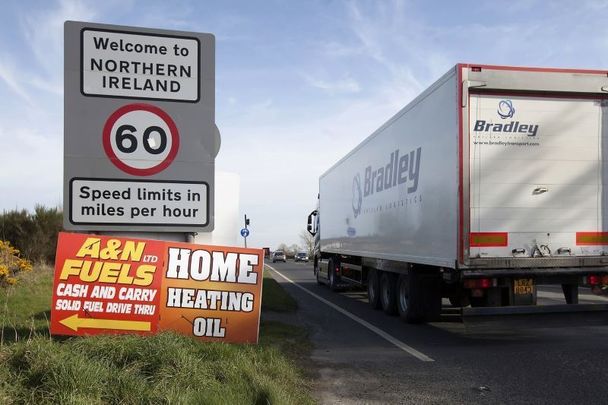 The Northern Ireland border with the Republic of Ireland. RollingNews

A new report published by the Centre for Cross Border Studies, as part of their third quarterly survey on the conditions for North-South and East-West Cooperation, shows that political North-South cooperation has not improved.

It follows a previous report earlier this summer that found 51% of civil society organizations felt that the conditions for political North-South collaboration had deteriorated due to growing political instability surrounding the Ireland/Northern Ireland Protocol.

The report covers data that was collected via a survey of self-selected respondents between 17 and 30 September. Over 60 civil society organizations and local authorities responded to the survey.

Respondents pointed to the politicization of Brexit and the implementation of the NI Protocol as a cause of this stagnation due to the erosion of relations.

The report authored by the Centre, whose role is to promote cross-border cooperation, also showed that levels of East-West cooperation has stayed the same, but respondents indicated a lack of trust in the British government and local politicians to address issues.

Today’s publication helps the Centre to assess how the necessary conditions for cross-border cooperation are being maintained, and how relations between organizations on the island of Ireland and Great Britain are being safeguarded since Brexit and the partial implementation of the Ireland/Northern Ireland Protocol.

The survey is published in the context of ongoing political frictions surrounding the Northern Ireland Protocol and North-South Ministerial Council.

“I am increasingly concerned that there has been no improvement in the political conditions for North-South cooperation since our previous findings in July.

“Whilst it is expected that cooperation may dwindle occasionally, it is alarming that cooperation has stagnated during a period when we need it most. Cooperation across these islands is the only solution to the problems we face.

“I believe we can improve the political conditions for cooperation across these islands, but this can only be done through honest and respectful dialogue between all parties to deal with the sensitivities surrounding the Northern Ireland Protocol.”

“Since becoming Director of the Centre for Cross Border Studies in 2019, it is apparent to me that there is a willingness from society to cooperate across our islands for the benefit of all. That is why our decision-makers should strive to find solutions to the barriers of greater cooperation.”

On the forward work of the Centre, Dr. Soares added:

“Stability is needed for cross border cooperation and collaboration; all parties must come to an agreement on the working of the Protocol and governments must engage on cross-cutting issues.”

“We note and welcome the negotiations currently taking place between the British Government and the European Union to find an agreement.”

“As a Centre, we will work to continually promote dialogue and cooperation to ensure the vision of a reconciled and peaceful society, underpinned by all three strands of the Good Friday/Belfast Agreement is a reality.”