The West Cork resident said the level of understanding and empathy in UK politics about Ireland was "shocking". 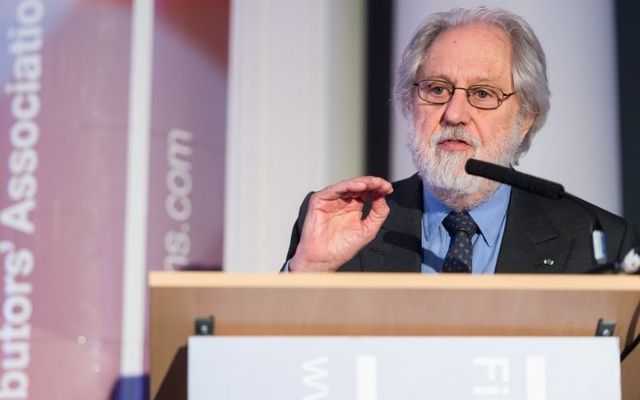 Lord David Puttnam resigned from the House of Lords on Friday. Getty

Oscar-winning film producer David Puttnam has resigned from the House of Lords, citing Britain's "pig ignorance towards the fundamentals of Irish history".

David Puttnam, who has lived in West Cork since 1998, resigned from the House of Lords on Friday in a speech at the Shirley Williams Memorial Lecture.

He said that the level of understanding and empathy in UK politics about Ireland was "shocking" and added that there was a lack of sensitivity when trying to find post-Brexit solutions to the Northern Irish border.

"In discussions regarding the Republic of Ireland, and the complexity of finding sustainable post-Brexit solutions, I was staggered at the display of pig-ignorance towards the fundamentals of Irish history, let alone sensitivity towards the reality of cross-border relationships," Puttnam said in the speech.

"Had they really become so disconnected from the ghastly history of what we euphemistically call ‘the Troubles’?

"As someone who lives just across the Ilen River from the site of what is probably the largest and most recent mass famine-grave on these islands, I may well be ultra-sensitive to these issues, but with a few notable exceptions, the level of empathy and understanding on display in both Houses was truly shocking."

Puttnam, who produced such films as "Chariots of Fire", "Local Hero", and "The Killing Fields", said that he is embarrassed by the nation that Britain had become since leaving the European Union. He also warned that the British Government is on a path to "self-inflicted disaster".

"I find myself embarrassed by what, on an almost daily basis I see it becoming – my old enemy Rupert Murdoch’s dream made real. He never liked Britain, and he’s kind of won, he’s helped remake it in his own malevolent image."

Puttnam said that there are multiple dangers facing British democracy and accused Prime Minister Boris Johnson of running a "populist government that’s trampling on held rights and conventions, with the sole purpose of tightening its grip on power".

Puttnam pointed to proposals to widen the Official Secrets Act along with plans to make photo ID mandatory at polling stations as part of a proposed "elections bill" as evidence of the growing authoritarianism within the British Government.

He added that he had become "incredibly frustrated" that politicians can no longer engage in "serious debate" in British Parliament.

Puttnam was nominated to the House of Lords by former Labour Prime Minister Tony Blair in 1997 and has served on several select committees focusing on broadcast regulation, media plurality, and digital communications.

His resignation speech also blasted the British Government over its lackluster response to a report that he co-authored in June 2020 warning of ceding political power to "unelected and unaccountable digital corporations".

The select committee on democracy and digital technologies, which issued the report, offered 45 recommendations to the British Government to update electoral law for the online age and create a more digitally literate society.

Puttnam closed his speech on Friday by referencing the success of Skibbereen Rowing Club, which has produced multiple medal-winning athletes at the Olympic Games in Rio De Janeiro and Tokyo.

"Five years ago it exploded onto international consciousness when two of its young members won a silver medal in the lightweight double sculls in Rio," Puttnam said, making reference to Paul and Gary O'Donovan.

"This year in Tokyo, young men from the club came home with gold medals and women with bronze.

This autumn my wife and I have watched at least two dozen crews and single scullers, in all weathers, training for the next Olympics – fully in belief of what’s possible."