Archaeologists work to uncover details around human remains found in a building site. 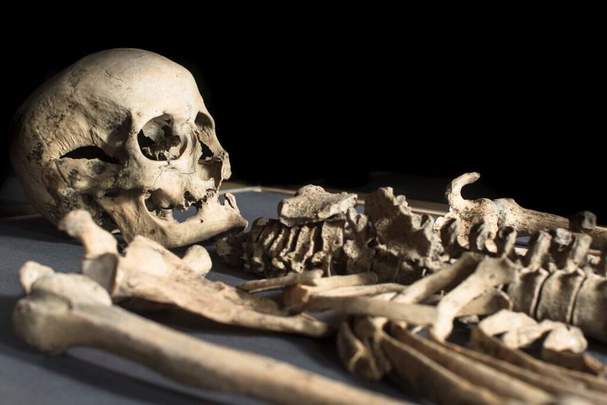 Radiocarbon dating is being used to discover the truth behind the human remains found under Nancy Spain's pub, believed to date from the 18th century.

The fragmented skeletal remains of six people were discovered under Nancy Spain pub, in Cork city, while building works were being carried out. Archaeologists are now using radiocarbon dating to unearth the story behind the skeletons believed to date from the 1700s.

The initial remains were discovered on Oct 7 during the demolition of the pub Nancy Spain's, on Barrack Street, in Cork. The site was being excavated as part of Cork County Council's (CCC) plan to build 32 social housing units.

CCC archaeologist Ciara Brett told RTE radio's "Morning Ireland". she believes the skeletons date back to the 18th century. Maps show that structures and large gardens were located on the site in the 17th century.  The site is also approximately 500 meters from a 17th-century gallows and roughly 200 meters from the 17th-century Elizabeth Fort.

Brett told RTE "So, there’s quite a lot of later medieval material in the area. It’s quite an historic area."

As the skeletons are “quite fragmentary”, she said "It’s not possible to definitively date them, but they certainly pre-date the 19th-century buildings on the site. So, I think they’re possible likely 18th century or earlier."

As a local website, Cork Beo, points out "There was fighting in the area around Elizabeth Forth and nearby Catt's Barracks during the siege of Cork in September 1690, after Marlborough arrived in Cork Harbour with over eighty ships and five thousand men.

"General John Churchill, 1st Duke of Marlborough had been sent by King William (Dutch King Billy) to regain control of rebel Cork from the Jacobite forces, shortly after the Battle of the Boyne."

Brett added “It’s not uncommon to find human remains within an urban context but it’s not an everyday occurrence. We’re excited to get the remains off the site and to get them examined by the osteoarchaeologist and also, we hope to date the bones by radiocarbon dating.

“At the moment we have no dateable evidence, as in we have no artefacts associated with the skeletal remains, so we really do need to date them by radiocarbon dating."

Brett plans on having the remains removed from the site with days. Then a visual inspection may determine the sex, age, and if the individuals suffered from any diseases.

The human remains are being fully recorded and will be removed by experts under an archaeological license issued under Section 26 of the National Monuments Act 2004.

Following the completion of the post-excavation analysis, the skeletal remains will be prepared for acquisition by the National Museum of Ireland or will be re-interred at an appropriate location.