Roderic O'Gorman reportedly no longer plans to carry out his June 2021 proposal to review the written testimonies of Ireland's Mother and Baby Home survivors. 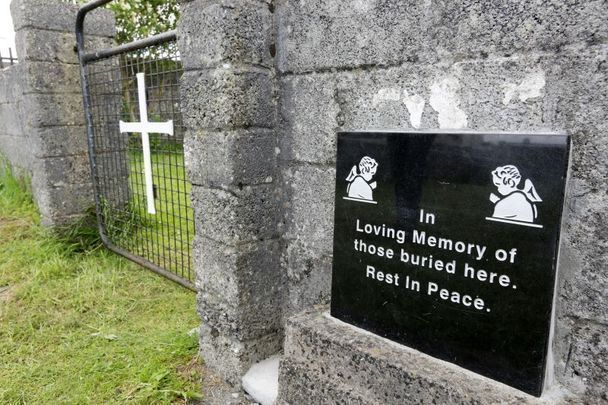 A memorial at the Tuam mother and baby home in Galway. RollingNews.ie

The Irish Government has reportedly abandoned plans to appoint an independent human rights expert to examine the written testimonies of Ireland's Mother and Baby Home survivors.

Roderic O'Gorman, Ireland's  Minister for Children, Equality, Disability, Integration, and Youth, drafted a memo to appoint an independent human rights expert on June 14, 2021, but the plans never progressed beyond a "draft outline" of a proposed memorandum for government, the Irish Examiner reports.

A spokesperson for O'Gorman told the Irish Examiner that the Minister no longer plans to carry out the proposal.

The spokesperson said that O'Gorman acknowledged the "deep hurt" of survivors whose testimony was not included in The Final Report of the Commission of Investigation into Mother and Baby Homes, which was published in January 2021, adding that the idea of the confidential committee was to "allow the truth as survivors wanted it told to emerge".

However, O'Gorman recognized that "this has not happened for very many of them", his spokesperson said.

O'Gorman is now considering a new initiative to support survivors and allow them to tell their personal stories so that they can be formally recorded as part of an official record.

The spokesperson added that survivors' stories will be included at the planned National Centre for Research and Remembrance, which will be located at the former Magdalene Laundry on Sean McDermott Street in Dublin.

On June 2, 2021, Commission member Professor Mary Daly said during a virtual seminar at Oxford University that the testimony of mothers and their children about their ordeal was not considered, as the report had to "meet robust legal standards of evidence.”

Shortly after Professor Daly's comments, which were met with outrage from survivors, Minister O'Gorman announced plans to bring proposals to address the matter before the Cabinet.

"The Government is very conscious of the need to ensure that the lived experiences of the 550 who attended before the Confidential Committee are clearly heard and understood as part of our history," Minister O'Gorman said at the time.

"I have stated that I believe survivors, and this belief must be demonstrated.

"Therefore, I will work to bring proposals to Cabinet on how the experiences of those who gave evidence before the Confidential Committee can be recognised and officially reflected. I will engage with the Joint Oireachtas Committee on this point."