A total of eight UN human rights bodies have signed the letter, warning the Government that its proposed legislation will "negatively impact upon the rights to truth and justice" for victims of the mother and baby homes. 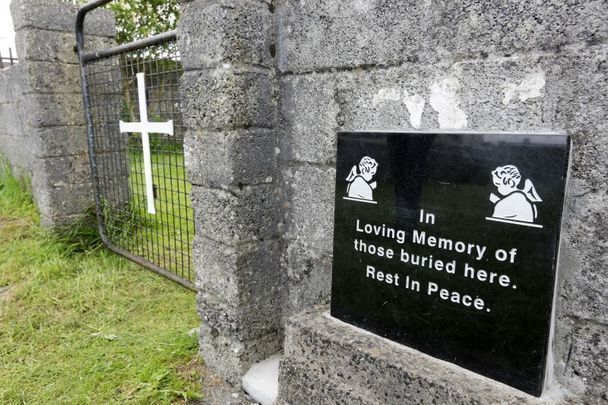 The UN has written a strongly worded letter to the Irish Government over its failure to order a coroner's inquest at the Tuam mother and baby home and other institutional unmarked graves around the country.

A total of eight UN human rights bodies have signed the letter, warning the Government that its proposed legislation will "negatively impact upon the rights to truth and justice" for victims of the mother and baby homes.

The six UN special rapporteurs and the two chair rapporteurs have asked the Government why its Burials Bill why it excludes coroners from the exhumation of former mother and baby home sites throughout Ireland.

The human rights bodies have also demanded the Government to clarify whether it will order inquests into deaths and burials at the mother and baby homes.

The letter stated that there are several issues with the Government's Burials Bill, arguing that it could create additional obstacles to "undertaking effective investigations into the deaths that occurred at mother in the mother and baby homes and analogous institutions".

It said that the legislation created an "ad hoc" agency that would only have the power to carry out excavations and exhumations if a specific list of conditions are met and approved by a Government minister.

"The discretionary power eventually granted to Government officials in this matter is a source of concern and would fail to ensure an impartial, effective and transparent system and process of investigation," the letter stated.

The letter also criticizes the Government's proposed Information and Tracing Bill, which aims to provide mother and baby home adoptees with birth certs and other personal documents.

However, the UN bodies argue that the legislation "fails to ensure and effectively vindicate rights of access to records and personal data" in its current draft.

The eight UN bodies have urged the Irish Government to ensure that both the Information and Tracing Bill and the Burials Bill will comply with Ireland's obligations under international law.

The letter additionally states that there are issues with the State's delayed redress scheme for mother and baby home survivors.

It says that "little information has been provided" about the nature of the scheme and added that the scheme appears to be limited to survivors of "certain institutions".

Taoiseach Micheál Martin and Children's Minister Roderic O'Gorman have pledged to bring the redress scheme before the Cabinet in the coming weeks. They have both promised to publish the scheme by May next year.

They have called for the redress scheme to include restitution, compensation, rehabilitation, satisfaction, and a guarantee that similar incidents will never happen again.