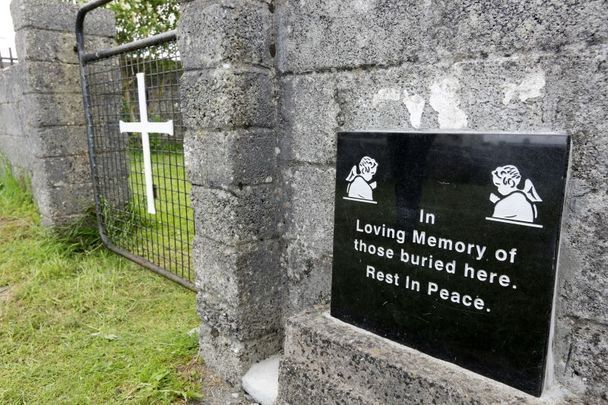 A 63-year-old mother and baby home survivor who was given up for adoption in the United States experienced an emotional first encounter with her long-lost brother and sister.

Bellise was reunited with the siblings she never knew she had in "Exposure: The Missing Children", which aired on Irish and British television earlier this week.

Bellise discovered that her brother Stephen and sister Carol were living in Lincolnshire in the UK. She also told the story of how she came to be adopted by an American family in the late 1950s.

"My adopted parents were both in WWII and they ended up eloping to North Carolina and got married," Bellise said during the moving documentary.

"My mother couldn't have children so they decided they were going to adopt. My grandmother on my father's side was from Ireland. So I guess he felt that he wanted to adopt a child from Ireland.

"My adopted parents always told me my mother and father died in a car accident. It was years after my father passed that my mother told me that it wasn't true."

She eventually discovered that her birth mother was unwed and forced to give her up for adoption.

She said that her adopted parents were forced to pay roughly $5,000 in donations to the Catholic Church for her adoption, which equaled her adopted father's yearly salary.

Bellise's husband Andrew told the documentary that the adoption network operated by the Catholic Church was similar to the Secret Service in the United States.

"They were all involved, the home to the council to the different agencies, even in the New York side."

Bellise was not the only mother and baby home to feature in Tuesday's documentary to be given up for adoption in the US.

Michael Byrne, who was adopted in Boston in the 1960s, also told the documentary that his adoptive parents were also forced to pay "fees" to nuns from Temple Hill in Blackrock. He added that a number of organizations were involved in the adoptions.

"The Irish government, the orphanages, the airlines, the immigration people were all in sync with these adoptions," Byrne said.

The documentary found that over 500 Irish babies were sent to America in just one year, while 18 children left Shannon Airport for the United States in one week alone.

However, there are no official records of adoptions in the United States.

The documentary tells the story of the 796 babies who died at the Tuam mother and baby home whose names were uncovered by local historian Catherine Corless in 2012.

Journalist Alison O'Reilly, who first exposed the story of the 796 bodies buried at the home, told the Sunday Mirror that the adoption network made "huge money" for several groups, not just the Catholic Church.

"Babies made money for the Catholic Church, unmarried mothers were told they were not suitable to parent their own babies, instead, the nuns found a couple who were better than you because outside of marriage was viewed as worse than murder – the insanity of it all," she told the Sunday Mirror.

O'Reilly, who helped co-produce the documentary, said that the Catholic Church viewed wealthy Catholic families as superior to single mothers.

"The archbishop, who didn’t know the child or the mother, was signing off on these children going to America.

She added that the child was viewed as a product to be sold and said that doctors, gardaí, and the Irish State all failed to intervene.

"It’s the same story all the time, no one ever puts their neck on the line, and that is why everyone got away with this. I really believed when I wrote the Tuam story in 2014 the gardai would launch an investigation. But they didn’t."