Taoiseach Micheál Martin could be heading for Ireland's Department of Foreign Affairs when Leo Varadkar becomes Taoiseach in this weekend's reshuffle. 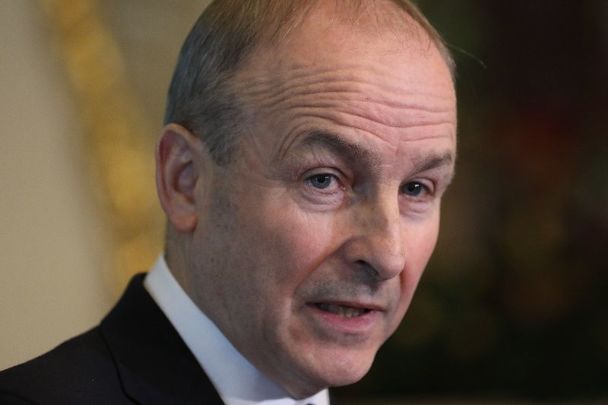 Taoiseach Micheál Martin is tipped to be Ireland’s new Minister for Foreign Affairs when he hands over the job of leading the government to Tanaiste Leo Varadkar on Saturday, December 17.

Current Foreign Affairs Minister Simon Coveney is expected to move to the Department of Enterprise in a Cabinet reshuffle.

The swap between Martin of Fianna Fáil and Varadkar of Fine Gael was agreed upon when the coalition government was set up by those two parties and the Greens in June 2020.

On his way into a Cabinet meeting on Tuesday, December 13, Martin said any change of ministerial and junior ministerial personnel will be decided on Saturday when he and Varadkar swap roles for the second half of the government’s term.

He said the roles in the reshuffled government would be announced on Saturday, following a meeting of the three party leaders on Friday night.

Earlier, Martin told the Irish Independent that a new era of stricter rules around privacy on social media is imminent.

He made the announcement on the Indo Daily podcast following controversy over a recent 16-second social media video of Varadkar kissing someone in a nightclub.

Although the Irish media has not revealed details of the video – removed by TikTok after two million views – Martin condemned what he called the intrusion into Varadkar’s private life.

He said, “I accept that in the world of social media it is an ever-present reality, perhaps, or danger, but what would concern me is the degree to which it could deter people from getting involved in politics.”

Martin’s intervention came after Varadkar conceded he made “errors in judgment” when asked about the video and an ongoing fallout over his decision to leak a confidential Irish Medical Organisation document to a friend who was president of a rival representative group of doctors.

Martin noted that Varadkar had last acknowledged that leaking the document to his friend was wrong.

Martin said he believed society had not fully worked out what the impact of social media would be on our lives or on public debate and politics.

He said, “I think we are now entering a new era where there will be far more regulation of social media platforms.”

He said there was legislation pending relating to the country’s first social media regulator, and that forthcoming EU directives would also introduce stricter rules for tech firms that operate online platforms.