Margaret Gibney, who became a face of the Northern Ireland peace process in the 90s, says the Good Friday Agreement is being "abused" by the current political system. 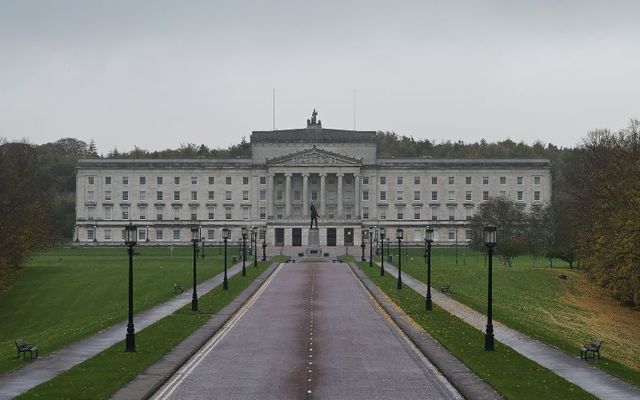 Margaret Gibney, who, as a schoolgirl 25 years ago, famously asked Prime Minister Tony Blair to bring peace to Belfast, has slammed Northern Ireland's politicians as Stormont remains in a stalemate.

“We haven’t had a functioning government for more than nine months," Gibney, now 38, told the press at the new year.

"If I didn’t go to work for nine months I’d be on the dole.”

Stalemate continues in Northern Ireland because the Democratic Unionist Party (DUP) refuses to share power with Sinn Féin as a protest against the Protocol, a post-Brexit deal designed to ensure a soft border within the island of Ireland.

With 2023 marking the 25th anniversary of the Good Friday Agreement, Gibney said she is angry about the current state of politics.

“I cannot even watch the news at the minute because it makes me so angry,” she told the Press Association.

“I feel that the Good Friday Agreement is being abused and betrayed by the current political system and that lack of integrity infuriates me. Politics isn’t just about the people on the hill; it is about every person that lives in this country.

“There is so much generosity in the community and it is grassroots community activists who are keeping people afloat at the minute. I am waiting for the politicians to catch up with the ordinary people in our country.”

Gibney, from Shankill Road, Belfast, became one of the faces of the peace process when she traveled to Downing Street 25 years ago to meet then-Prime Minister Blair.

She was a pupil at Mount Gilbert Community College in Belfast and participated in a school project to write to famous people, asking them to contribute a letter of peace for Northern Ireland.

She told the Press Association news agency that she wrote to Blair’s wife Cherie, telling her that she had only ever known one year of peace in her life because of The Troubles.

“Tony Blair had just become prime minister and I thought he could have a role supporting us in Northern Ireland.

"I remember going into school on the Monday morning and being summoned to the headmaster’s office. I thought ‘Oh God, what have I done?’” Gibney recalled.

“He sat me down and said there was a room full of reporters from all around the world wanting to speak to me.

“It turned out my letter had been talked about by Tony Blair on American TV when he was being interviewed alongside Bill Clinton.

“After that, I spent days talking to reporters from all over the world. I was just a shy schoolgirl but I remember that I felt I had a duty to speak out. It wasn’t very often that young girls from my community got the chance.”

Shortly afterward she traveled to Downing Street to meet Blair. Then she met the Clintons, worked alongside Imran Khan’s former wife Jemima Khan as a UNICEF ambassador, and toured with Irish folk band The Fureys.

Gibney now works as a trauma counselor in Belfast.

*This column first appeared in the January 4 edition of the weekly edition fo the Irish Voice newspaper, sister publication to IrishCentral.