Fine Gael’s Leo Varadkar has quelled speculation that Ireland could be facing into a general election if he succeeds Enda Kenny as Taoiseach. 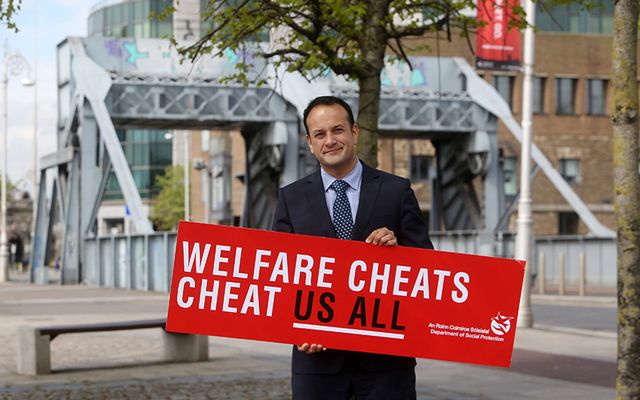 Could Leo Varadkar be Ireland's next leader? RollingNews.ie

Fine Gael’s Leo Varadkar has quelled speculation that Ireland could be facing into a general election if he succeeds Enda Kenny as Taoiseach.

Speaking after British Prime Minister Theresa May called a snap general election on June 8 to bolster her hand ahead of Brexit negotiations, Ireland’s Minister for Social Protection was asked - during the launch of an advertising campaign on welfare fraud - whether Taoiseach Enda Kenny should stay on if there was Brexit-related political turbulence resulting from the UK election.

Reiterating that the timing of Kenny’s departure was a matter for the taoiseach, Varadkar said he would deal with the issue of his leadership hopes at the end of the month, this following the European Council summit on April 29.

Varadkar said that he would not seek his own mandate, like May, if he became taoiseach.

“The circumstances in Britain are very particular,” he said.

“The opposition in Britain is in total disarray and the Conservatives are twenty points ahead in the polls.

“I’m sure, or I hope at least, the new leader of Fine Gael will give Fine Gael a bounce. I don’t think we’ll be twenty points ahead in the polls and obviously we are in a very different situation as well in that we have entered into a partnership with Independents.

“I think it would be wrong for a new leader of Fine Gael to pull the rug out from people who we have made a partnership with. So I wouldn't anticipate an early general election in Ireland.”

Varadkar said the calling of the general election in Britain will have an impact on negotiations at Stormont and said it was now important “that the parties in the North redouble their efforts to form an administration before they go out campaigning in the Westminster elections.”