Biden says "I may be Irish, but I'm not stupid", again

Biden was speaking at a US Veterans town hall in Delaware on Friday afternoon when he made the comments. 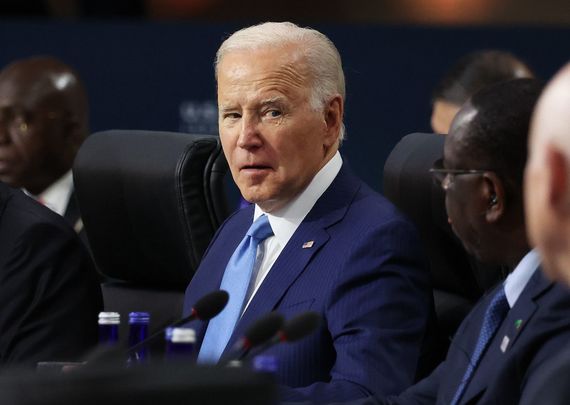 President Joe Biden has been criticized for once again implying that Irish people are stupid by stating that "I may be Irish, but I'm not stupid".

President of the United States, Joe Biden was speaking at a US Veterans town hall in Delaware on Friday afternoon when he made the comments.

The President also claimed that he has "a little Italian" in him because his wife Jill's family has Italian heritage.

"I may be Irish, but I'm not stupid. I married Dominic Giacoppa’s daughter so, you know, I got a little Italian in me now," Biden said during Friday's speech.

A short clip of the speech went viral on social media and drew criticism from some commentators on Twitter.

"He thinks it’s a fun part of his gift of the gab because he considers himself Irish (his great-great-great grandfather moved to America from Ireland in the 1800s)," Dunleavy wrote on Twitter.

"How do the Irish feel about this comment Biden just made?" Cheong asked.

BIDEN: "I may be Irish, but I'm not stupid" pic.twitter.com/obqoGeKvs7

This is not the first time that Biden has made a comment about being Irish but not stupid.

In the early days of his 2020 presidential campaign, Biden reportedly made the same remark during a speech in Iowa, telling the audience that "I may be Irish, but I'm not stupid".

He also made the gaffe while speaking to Senator Lindsey Graham in 2015.