Are you eligible for an Irish passport before Brexit?

Are you eligible for an Irish passport if you're living in the UK before Brexit? Find out here. 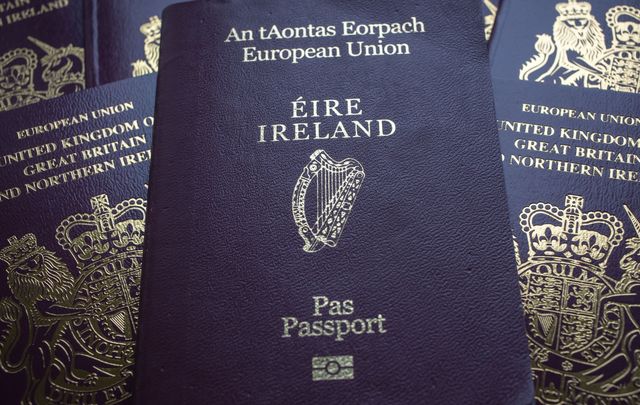 As Brexit looms, many people in the UK have begun to wonder if they can get an Irish passport in hopes of retaining some of the EU-centric rights that may disappear for British citizens.

One of the largest concerns for many British people is whether or not they will be able to freely move around the EU as they do currently after Brexit is finalized. Many see obtaining an Irish passport as a way of holding on to that perk.

If you meet the qualifications, you will have to produce the below materials in order to apply for an Irish passport.

At this time, first-time applicants cannot apply online and will have to visit a consulate or embassy to obtain the application paperwork. The application for a standard 10-year Irish passport costs £71. From the UK, it takes from six to 10 weeks to process and around four weeks from Ireland.

The DFA does note that “A UK exit from the EU does not change anything regarding entitlement to Irish citizenship.”

The DFA also added that “There is no urgent need therefore for UK passport holders (whether based in the UK or elsewhere) to look into applying for an Irish passport at this time.”

“Potential applicants should take time to establish the facts in relation to their entitlement.”

Are you living in the UK and applying for an Irish passport? Share your experience in the comments