Ireland to have referendum on voting rights for Irish abroad before 2024, minister says

A referendum will be needed in Ireland to grant Irish-born people living abroad the right to vote in Irish presidential elections. 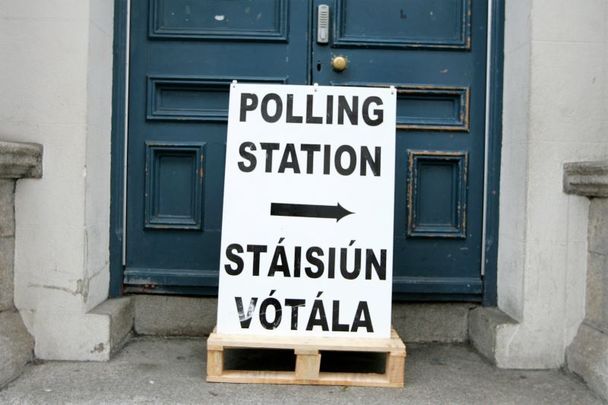 A polling station in Ireland. RollingNews.ie

Ireland's Minister for the Diaspora Colm Brophy says that Ireland is moving closer to holding a referendum on whether or not Irish-born citizens abroad can vote in Ireland's presidential elections.

A referendum on the matter will happen before 2024, Brophy told the Irish Independent this week. He said that he will engage with the Irish diaspora later this year so plans for a referendum can be moved on.

Brophy said: “What we in Government want to do is restore to the Order Paper a piece of legislation to allow the Irish who would be Irish born people who are living abroad an opportunity to participate in the presidential election.

“One of the things that’ll be necessary to do that is to have a referendum, obviously all referenda were put on hold during the pandemic.

“You’d have a referendum and that would allow people in Ireland to decide if they wanted to extend that franchise, I think that’s a good idea, we’ve wanted to give expand that for a while.

“It’s the only national post that’s directly elected by the people.”

If the referendum passes, Irish people living overseas will be able to vote via postal ballots in the next Irish presidential election in 2025.

Brophy said he wants the referendum to be held during the lifetime of the current Government but noted that the decision is up to the people, not the government.

Voting in Irish elections from abroad

Unlike people in other countries, Irish people who are no longer living in the Republic of Ireland cannot cast votes in Irish elections from abroad.

"Subject to a limited number of exceptions, Irish citizens resident outside the State do not have the right to vote at elections or at referendums held in the State," Ireland's Department of Foreign Affairs says.

There are exceptions for Ireland's Defence Forces personnel and civil servants (and their spouses / civil partners) who are members of missions and who, for the time being, are serving outside the State because of the requirements of their duties.

A 2013 report from the Irish Convention on the Constitution, however, recommended that Irish citizens resident outside of Ireland should have the right to vote in Irish presidential elections.

As such, the Irish government intended to host a referendum on whether or not Irish citizens abroad could vote in Irish presidential elections. The referendum was planned for 2019, but it was ultimately delayed largely due to Brexit, and later, Covid.

While a new date for the referendum has yet to be confirmed, the matter is still of importance to the Irish government. In its Diaspora Strategy 2020 - 2025, the Irish government says it aims for “greater engagement of our citizens outside the State in our democracy will strengthen the connection between the diaspora and Ireland.

“Diaspora participation in presidential elections will strengthen the connection between the Presidency, the highest office in the State, and the diaspora.”

To facilitate this engagement, the Irish government plans to “hold a referendum on extending the franchise in presidential elections to citizens resident outside the State.”

In April 2020, Billy Lawless, then Ireland's Minister for the Diaspora, penned a letter to the Taoiseach urging the referendum to go ahead in 2021.

“We can’t have a Republic with two types of citizens – a first class with the right to vote, and a second class with no rights at all," Lawless wrote, adding that Ireland’s electoral system “now denies the vote to well over a third of all Irish citizens.”