"Today's announcement is a profound recognition of the importance that Ireland attaches to all of our citizens, wherever they may be." 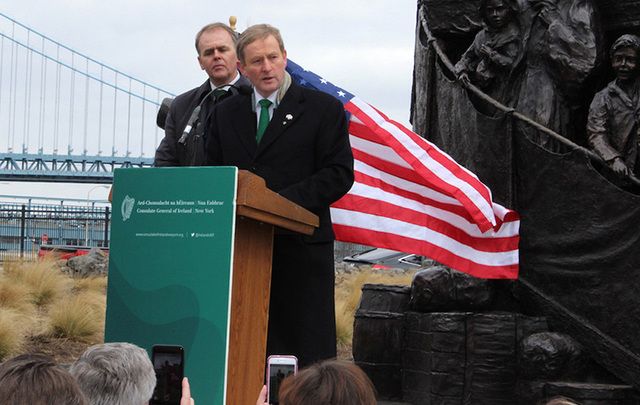 The Irish government will hold a referendum to allow Irish Diaspora and Northern Ireland citizens to vote in Irish presidential elections. RollingNews

The Taoiseach Enda Kenny today announced that the Government has decided to hold a referendum to amend the Constitution to allow Irish citizens resident outside the State, including in Northern Ireland, to be allowed to vote in Irish presidential elections.

The Government's decision is in line with the recommendations of the Convention on the Constitution, in their Fifth Report.

This announcement is a historic recognition of the strong and enduring links between Ireland and all our citizens, wherever they are in the world.

Speaking at the Irish Memorial in Philadelphia today, the Taoiseach said: "Today's announcement is a profound recognition of the importance that Ireland attaches to all of our citizens, wherever they may be. It is an opportunity for us to make our country stronger by allowing all of our citizens resident outside the State, including our emigrants, to vote in future presidential elections.

"I am especially pleased to be making this announcement as we prepare for our worldwide celebration of St. Patrick's Day and of all that is Irish."

The Taoiseach's statement today on a referendum to allow citizens outside of Ireland to vote is welcomed, particularly in Achill and Leitrim pic.twitter.com/9YeHVySZrn

Extending the franchise in presidential elections to Irish citizens resident outside the State gives rise to a range of legal, policy and practical issues. In order to have an informed public debate on this, Government will publish a detailed Options Paper later this month to set out the range of options available to give effect to the recommendation of the Convention on the Constitution. This paper will also be one of the topics for discussion at the Global Irish Civic Forum which will take place in Dublin in May.

This announcement is also in keeping with arrangements in place in a majority of countries around the world who provide for voting by those of their citizens resident outside the State.

I welcome today's announcement by An Taoiseach regarding the Referendum to be held on Voting Rights for Irish citizens abroad.