Former Sinn Féin leader and Louth TD, Gerry Adams, has welcomed the decision by the Irish Cabinet to approve a Bill to hold a referendum on Presidential Voting Rights. 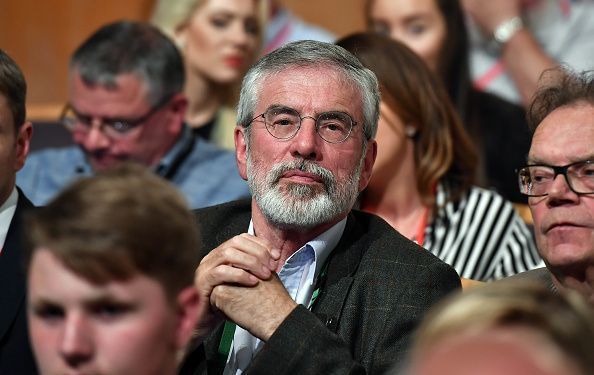 Former Sinn Féin leader and Louth TD, Gerry Adams, has welcomed the decision by the Irish Cabinet to approve a Bill to hold a referendum on Presidential Voting Rights.

Gerry Adams said: “In 2013, the Constitutional Convention agreed that Irish citizens in the North and the diaspora should have the right to vote in presidential elections. In November 2015 the Joint Oireachtas Committee on European Affairs also made a recommendation to extend the voting rights, following criticism by the European Commission.

Sinn Féin has campaigned for many years for Presidential Voting Rights for Irish citizens in the north. We welcome today’s decision to proceed with the referendum in October. We will work with others to campaign and win this important vote for all Irish Citizens @VICAcampaign

“Last October, the Taoiseach announced that a referendum on this issue would be held in May. This was later postponed to October.

“I want to welcome the Cabinet’s approval today of a Bill to allow that referendum to go ahead. That Bill should be published immediately, and the government needs to set out the timetable its introduction and processing through the Oireachtas.

“At a time when the British Home Office is disputing the right of Irish citizens in the North to be recognised as citizens, this is a crucially important piece of legislation.

Amidst #Brexit uncertainty, here's a founding member of @LILGBT, @Verde1957, on the urgent need for representation of Irish citizens abroad by @PresidentIRL and what it would mean to them #hometovote #emvote #VotefortheVote #EnduringConnections #IrishinLondon @IrishCentral pic.twitter.com/KoQKjemHqL

“Irish citizens living and working outside of the state, and in the context of the Good Friday Agreement, those living in the North, should be able to vote in Presidential elections.

“The diaspora is a fundamentally important part of the Irish nation, in both historical and contemporary terms. Extending voting rights and allowing the Irish diaspora to express their democratic voice is a sensible and inclusive action which would improve and strengthen our relationship with the diaspora.”

Read more: Election is about more than the presidency for Sinn Féin

Do you think Irish emigrants should have a vote? Let us know in the poll below.

Have any further comments? Be sure to leave them in the comments section, below.