Some Irish Ministers are barely recognized in their own parish but they still get the Green carpet treatment stateside. 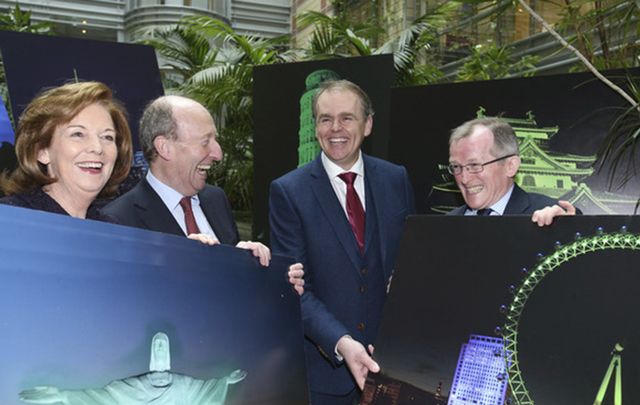 The traditional visit to the United States by Irish Government ministers on St. Patrick’s Day is set to go ahead.

Ministers travel across the globe on Ireland’s national day to promote the country and a Government press released stated, “As always North America will be a focus, given the perennial bonds of friendship between our country and the US and Canada. At the highest political levels, it allows us to express our interests and beliefs to the White House and to Congress.”

With this in mind, Boston, Seattle, Chicago, Philadelphia, St. Louis, New York, Miami, and Atlanta are also due visits from more junior ministers.

Apart from the US, European Union members states are being prioritized. It’s expected Britain will formally begin the divorce talks that will see it quit the 28-nation political bloc next month and the Irish Government has huge concerns about the future of trade and the border between the two countries. Irish Ministers will use trips to Germany, France, Italy, Sweden, Hungary, Czech Republic, Poland, Spain, the Netherland, Belgium and Denmark to make their concerns known to their EU counterparts.

Ministers Richard Bruton and Finian McGrath will visit Britain. Even after the country quits the EU, it is still expected to remain Ireland’s biggest trading partner and a “Tier 1” priority of Tourism Ireland.

Finance Minister Michael Noonan will be in Malaysia and Singapore and Housing Minister - and potentially the next Taoiseach - Simon Coveney will be in Toronto, Canada.