Gerry Adams tries to have conviction for attempted jailbreaks overturned

Adams was interned along with nearly two thousand other Northern Irish men in the 1970s as the Troubles spiraled out of control. 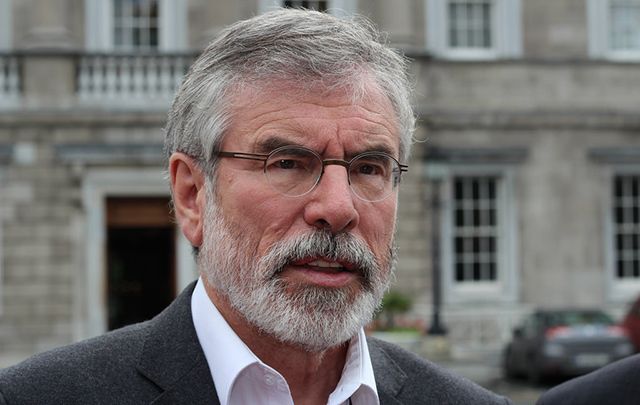 Sinn Féin leader Gerry Adams has launched a legal appeal against historic convictions for two attempted jailbreaks in the 1970s.

Adams was interned without trial at the infamous Maze Prison and tried unsuccessfully to escape twice.

He was first interned in 1972 and released after three months for secret talks between the republican movement and the British Government.

Adams was interned a second time in 1973 which lead him to unsuccessfully attempt to escape that Christmas and again in the summer of 1974.

"Following the recovery of a document by the Pat Finucane Centre in October 2009 from the British National Archives in London, I instructed my solicitor to begin proceedings to seek leave to appeal the 1975 convictions," he told the media.

An appeal has been lodged in Belfast and is due to be heard on October 16.

Internment was introduced by the then-Prime Minister of Northern Ireland, Brian Faulkner, as the Troubles saw the province spiral into violence.

Close to two thousand men were arrested - the vast majority of whom were nationalists - and left to languish without trial. Most historians agree that the policy significantly bolstered recruitment to the IRA and alienated moderate nationalist opinion.

Adams has never been convicted of any other crime despite but has been dogged for years by allegations of IRA membership and associated criminality.

Former Taoiseach (Prime Minister) Enda Kenny on numerous occasions taunted the opposition leader, insisting that he has read enough intelligence to conclude that Adams had not only been in the IRA but had also served on its army council.

Former IRA commander Brendan Hughes has stated publicly that Adams ordered the murder of mother of ten, Jean McConville - a crime he was arrested on suspicion of, questioned about and eventually released without charges in 2014.