Democrats Abroad is holding global presidential primaries in March in 45 countries, including Ireland. 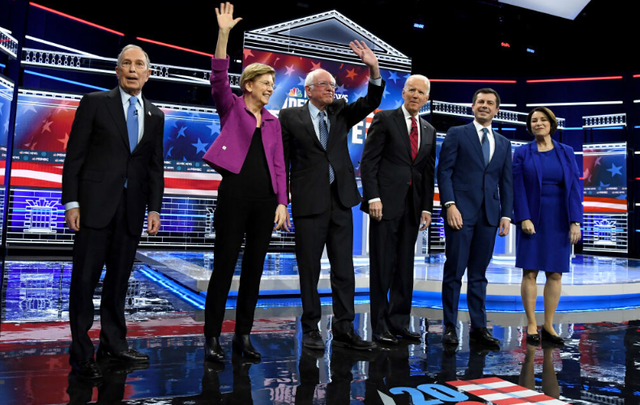 The DNC is calling on democrats living in Ireland to vote in the global presidential primaries that will be held in March.

The global primaries kick off on "Super Tuesday" on Mar. 3 - when 15 state parties will hold their primaries - and will last a week until Tuesday, Mar. 10.

Democrats Abroad, the official arm for the DNC overseas, is organizing the vote in 220 voting centers in 45 countries around the world, including two in Ireland.

The group says that this will be the only chance for many American emigrants to vote in-person, with voting in the actual presidential election being confined to postal voting.

Democrats Abroad say that there are currently 77,000 American citizens living in Ireland who are eligible to vote.

To be able to vote in the global primary, US Citizens must be over 18 and have to be members of Democrats Abroad.

Read more: An Irish man's vote in the US presidential election

If American citizens are eligible to vote, they can vote in centers in either Dublin or Galway.

In Dublin, voting will take place at Sinatra's Bar in the Arlington Hotel, located at 22-25 Bachelor's Walk. Voting will be ongoing from 5 p.m. until 8 p.m. on Tuesday, Mar. 3.

Meanwhile, in Galway, voters can cast their ballots between 12 noon and 4 p.m. on Saturday, Mar. 7 at McGinn's Hop House, located at 19 Wood Quay.

In total, there are over nine million American citizens living overseas, 7 million of who are eligible to vote.

Democrats Abroad say that this voting population is larger than 35 US states and the group is imploring American ex-pats to vote in the upcoming primaries.

They contend that, since the 2016 presidential election was decided by less than 80,000 votes, the overseas vote could play a huge role in the final outcome of the 2020 election.