Congressman Brendan Boyle, speaking on the one-year anniversary of the US Capiotrl insurrection, said "justice must be served." 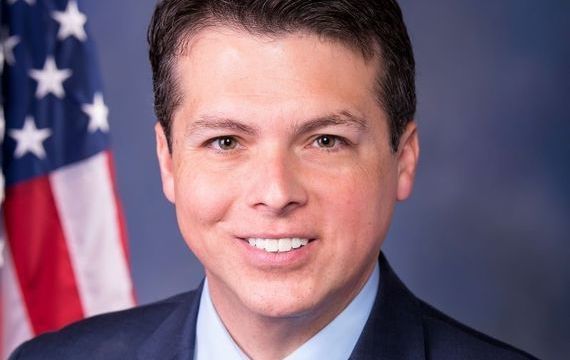 Irish American Congressman Brendan Boyle has described the insurrection on Capitol Hill on January 6, last year as "the day in which we won the battle for democracy".

Boyle was speaking to the Irish Independent on the one-year anniversary of the Capitol riots when violent Donald Trump supporters stormed the Capitol Building in an attempt to overturn the 2020 presidential election.

I have not posted these pics before. They give a small snapshot into what extreme steps my staff and I took to stay safe one year ago today on #January6th when domestic terrorists attacked the Capitol.

The attackers failed
Democracy won
Justice must be served pic.twitter.com/WH1Hf8K4qY

Boyle attended a minute's silence on January 6 for the five people who died during the 2021 riots last year and said that it was a "dark and important day in American history" that everybody should reflect on.

He added that it was disappointing that Liz Cheney was the only serving Republican to attend the commemorative event.

"It’s very disappointing that only one currently-serving Republican Member of Congress even bothered to show up today," Boyle told the Irish Independent.

The Philadelphia Congressman said that some Trump supporters recognized how "dangerous" the former President had become in the immediate aftermath of the Capitol riots but said that "the old bad habits" have returned over the past 12 months.

"Unfortunately, Trump and his most loyal sycophants have been effective in putting out a counter-narrative about January 6 and indeed about the entire election," Boyle said.

He said that democracy prevailed on January 6 but added that the insurrection on Capitol Hill was just one battle in a war to sustain democratic ideals.

"It was a day in which we won the battle for democracy; the election result held and we upheld our constitutional duty to certify the election.

"However, that was just one battle, and the larger war to sustain our democracy remains."

Boyle, whose father was born and raised in Co Donegal, said that Ireland remains largely unscathed by populism and extremism and said that it was an example of western democracy.

"I hope it stays that way, Ireland will be much better off as a country."

Boyle was speaking hours after President Joe Biden addressed the nation to mark the first anniversary of the Capitol riots.

Speaking from the Statuary Hall in the Capitol Building, Biden accused former President Trump of placing his ago ahead of democracy and the US Constitution.

"A former President of the United States of America has created and spread a web of lies about the 2020 election. He's done so because he values power over principle; because he sees his own interest as more important than his country's interest and America's interest," Biden said during the 30-minute speech.

"For the first time in our history, a President had not just lost an election. He tried to prevent the peaceful transfer of power as a violent mob reached the Capitol."

More than 700 people have been arrested in connection with the Capitol riots on January 6, 2021, which kickstarted the largest FBI investigation in history.

The House Select Committee continues to investigate the events leading up to the riots, while Trump allies Mark Meadows and Steve Bannon have been held in contempt of Congress for declining to cooperate with the investigation after being subpoenaed.